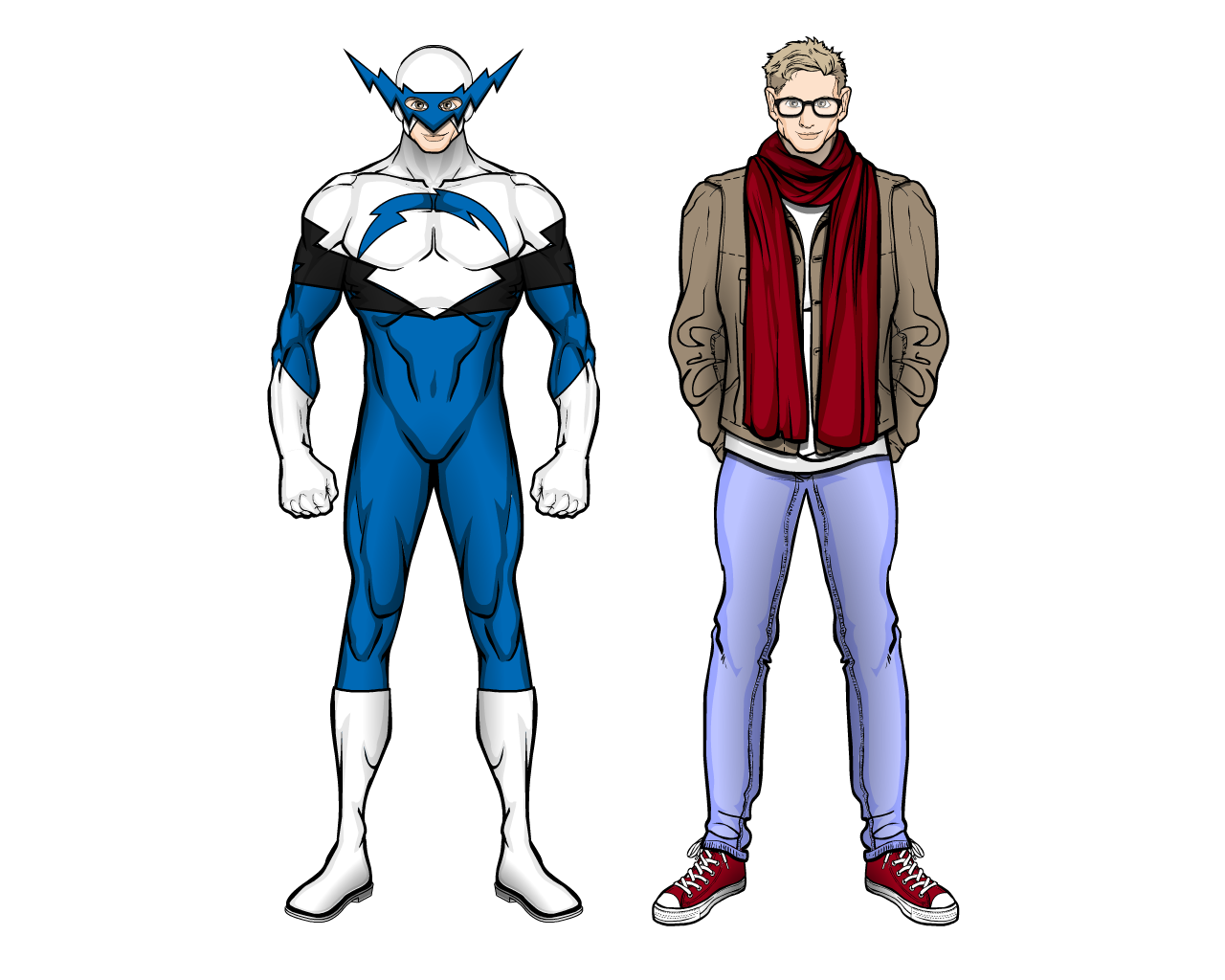 Profile: Born with the ability to absorb electricity and covert it into Superhuman Speed (his theoretical top speed cannot be calculated as it is risky to test how much electricity he can absorb before suffering any negative effects, but projections do put his max at around 700-800 mph or 300-350 metres per second) as a result of “The Moment”, Thomas Hall originally wanted nothing to do with heroics. He didn’t even play sports at High School, partially because he didn’t want to be considered a cheat and mostly because he didn’t really care. He just wanted to make people laugh, not impress them with his powers. However, one day that all changed. After doing a try out gig at a local comedy club, Thomas and his boyfriend were taking a short cut home when they were the victims of a targeted hate crime. Their attackers used weapons. Thomas managed to get away, his boyfriend didn’t. That night, Thomas used his powers in anger for the first time, absorbing the electricity from all of the surrounding street lights and taking out the attackers in less time than it would take to blink. But he couldn’t bring himself to get revenge. Instead he handed the attackers over to the Police and dedicated himself to using his powers to help others. He was one of only two members of A Division to approach W.I.L.D about joining.