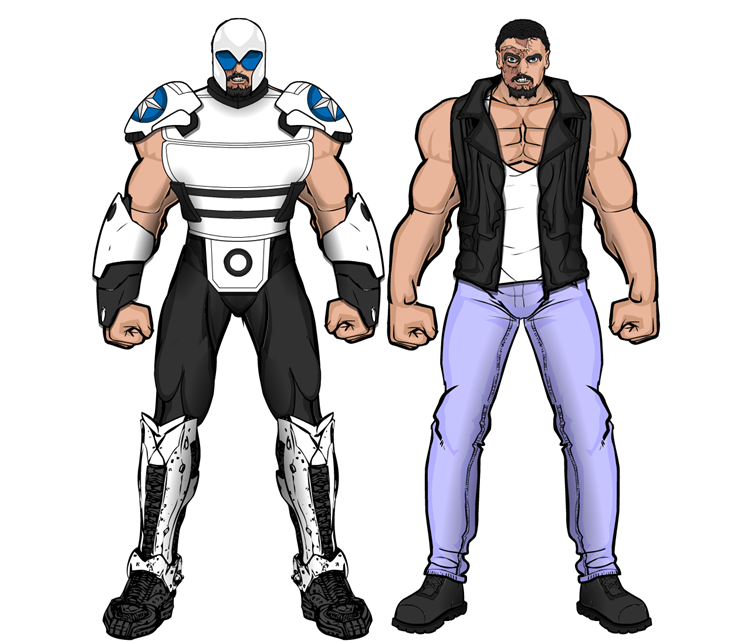 Name: Thomas Prior
Codename: Antaeus
Other Aliases: The Freak
Profile: Starting out as a small time theif, Tom Prior sought to make a name for himself in the criminal community by stealling Matt Lannock’s strength enhancing serum. He managed to successfully break into Lannock’s Lab and acquire the serum, but he was discovered whilst making his exit. During the commotion that ensued Prior was knocked into a hot plate, burning the right side of his face. However, he managed to get away, but was tracked down by police within a few hours. In an attempt to hide the evidence, he drank the serum, something that caused his body to grow and his strength increase immensely, his powers being much the same as Goliath Man or Amazon’s, just to a much higher degree. He escaped custody and began working as a criminal enforcer, known as The Freak, due to his freakish size and scarred face. However, his life of crime did not last, as he started a family and the strain of his lifestyle began to take its toll. He turned himself in and was offered amnesty by W.I.L.D in exchange for his taking part in a rehabilitation program and his services as a member of A Division, which Prior accepted, taking the codename Antaeus (after the giant of Greek Mythology who was unbeatable whilst in contact with the Earth) to replace his original nickname.