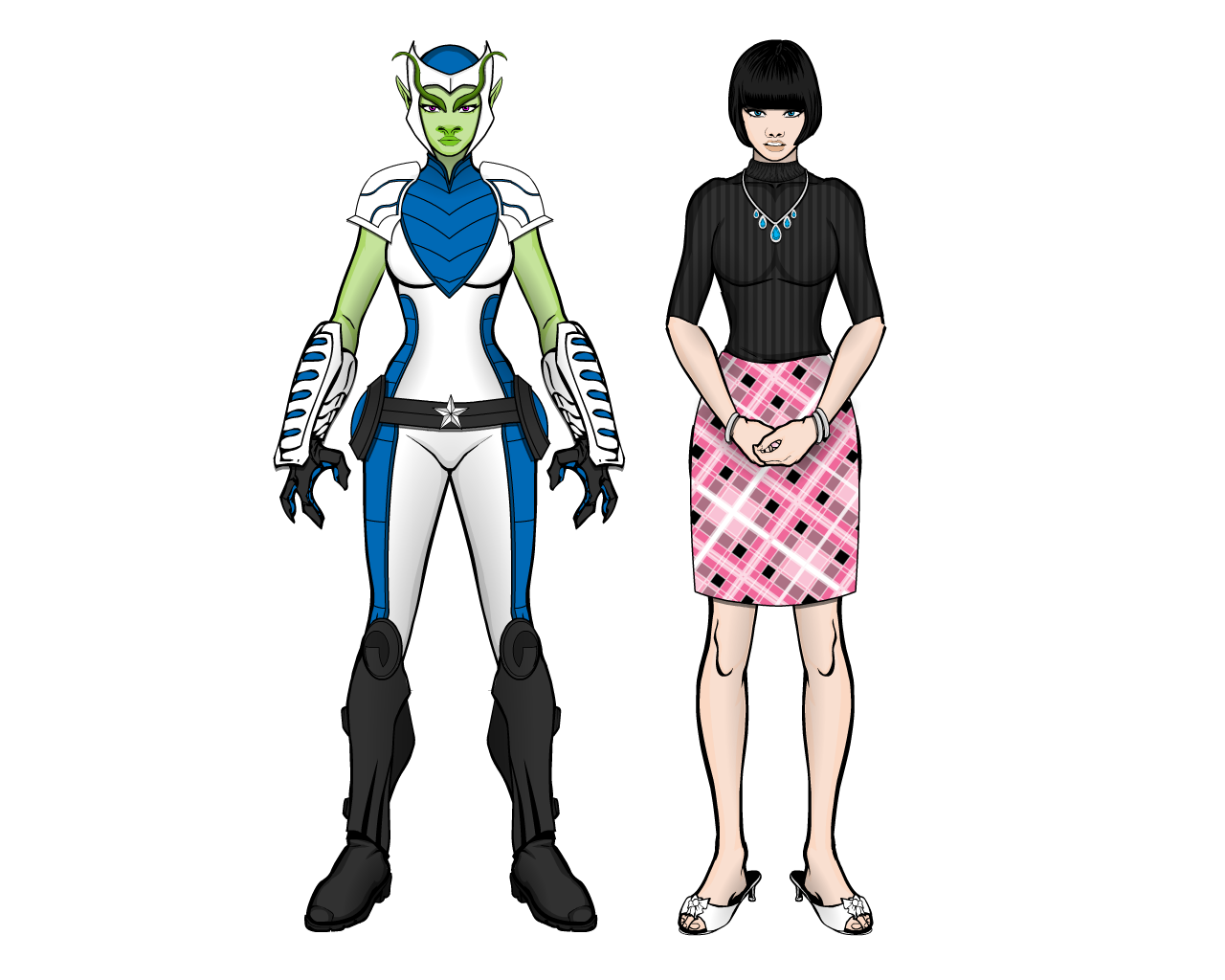 Profile: A Rkuten alien from the planet Makatra, Anelle (the closest approximation too her actual name, which is unpronouncable to humans due to a difference in vocal structure) crash landed on Earth during a reconisance mission to the planet some 100 years ago. She has since integrated herself into human society thanks to her species natural inquisitiveness and socially chameleonic nature, alongside some technological aids like a universal translator and a integration circuit. Using the later, she was able to take on a human form and identity, living peacefully for a number of decades. However, her life was interupted when her alien nature was accidentally outed thanks to a malfunction in her integration circuit during a magnetic storm caused by the conflict between two nearby superhumans. To protect her, she was taken in and relocated with a new identity by W.I.L.D, who use her as an operative in A Division. Her species are increadibly hardy, being far more resistant to damage than humans thanks to the almost rubber like qualities of their bones and soft tissue, as well as healing far faster.