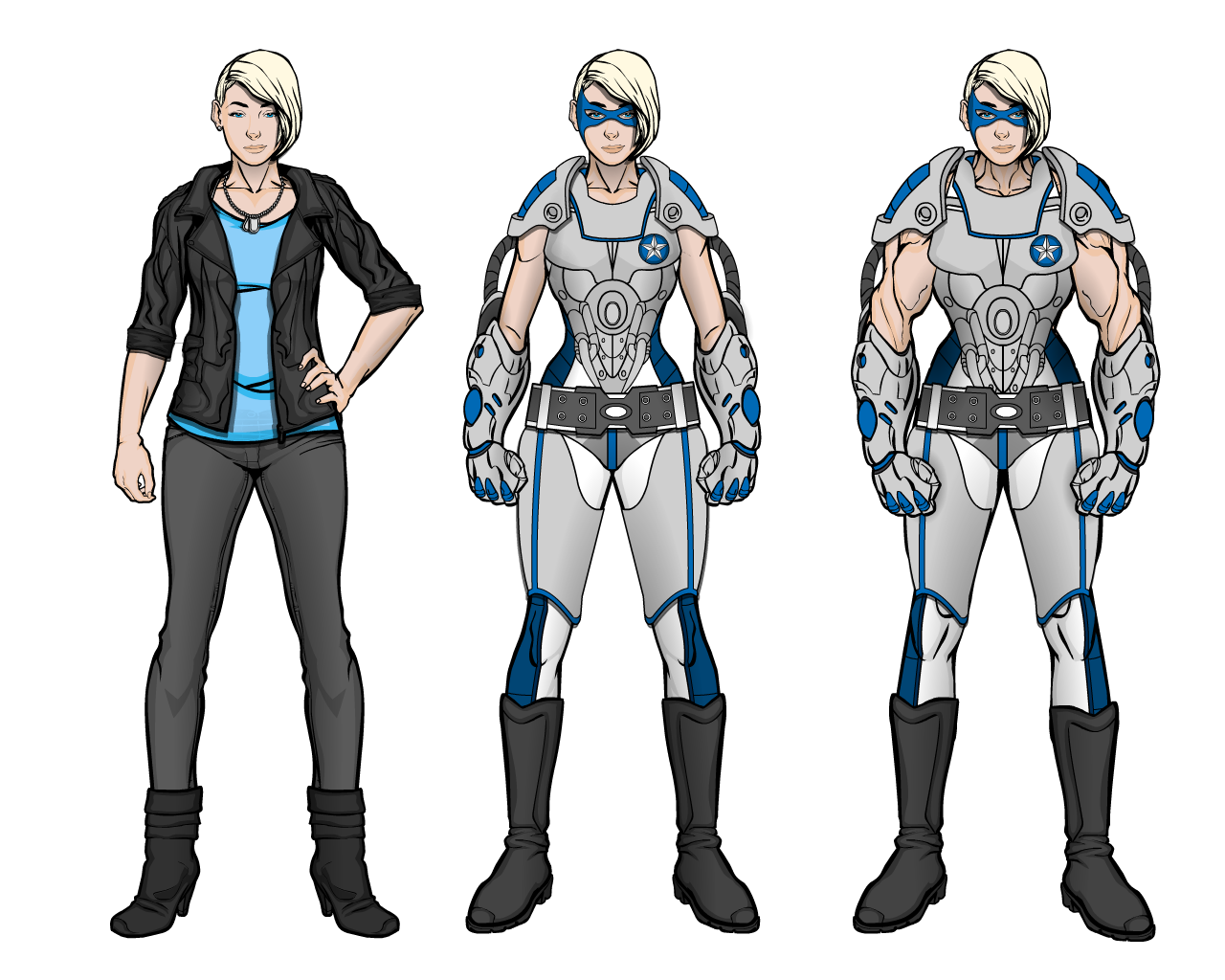 Profile: Tori is a second generation superhero, following in the footsteps of her father Matt, aka Goliath Man. Matt Lannock was a highly gifted scientist and engineer, who began his superhero career after developing a special serum that, when injected, hyper charged the subjects muscles, causing them to increase exponentially. He also created a special power suit that could intravenously feed him the serum whilst he was fighting crime, meaning he didn’t have to worry about its effects wearing off. However, Matt Lannock gave up his superhero career when he joined W.I.L.D to serve as a scientific and technical advisor, so his daughter Tori took up the mantel, dubbing herself Goliath Girl, though she would rename herself Amazon as she grew older. Though her most obvious asset is her serum enhanced strength (which allows her to lift nearly 10 times what would ordinarily be possible for her), Tori is no pushover without it. She is highly intelligent, a very capable stratigist, quick to pick up new skills, highly competant with technology (she maintains her own power suit, rather than relying on the W.I.L.D Technical Support Department) and is training in at least 5 different forms of combat and multiple martial arts. She also spends a lot of time training herself, to ensure that she is at peak physical condition and endurance, meaning she is a truely formidible member of the A Division team.