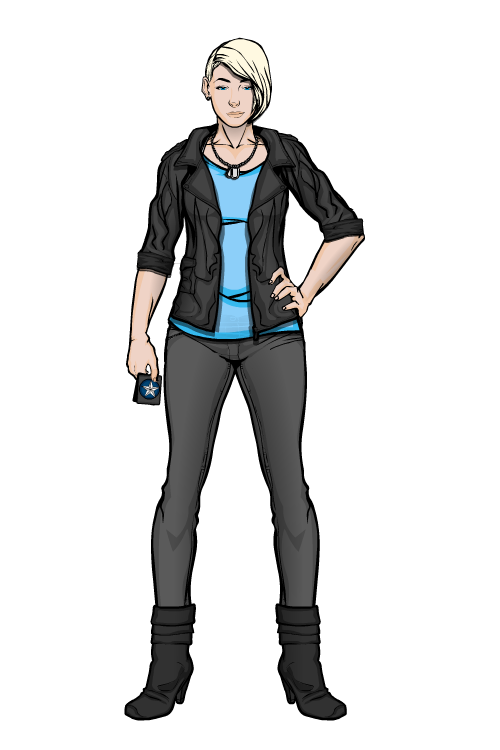 The daughter of SRC Chief Technical Officer Matt Lannock, Victoria “Tori” Lannock takes after her father in many ways. She is highly intelligent, extremely competant with any task given to her and has a knack with technology. Also like her father, she joined W.I.L.D to pursue a career in superhuman law enforcement. However, whilst Matt Lannock took more of a back-room, support role, his daughter did not, instead becoming a W.I.L.D operative. Soon after her father was transfered to the SRC, Tori was promoted to the A Division, the elite response force for superhuman disturbances. But her increased workload hasn’t stopped her from dropping by to the SRC HQ and helping her old man out and she’s developed quite a raport with some of the members of the SRC team, even helping out sometimes with combat training for new recruits.