Anyway, been on holiday for a week, so I haven’t been able to do any ‘machining while I was away. But now I’m back. 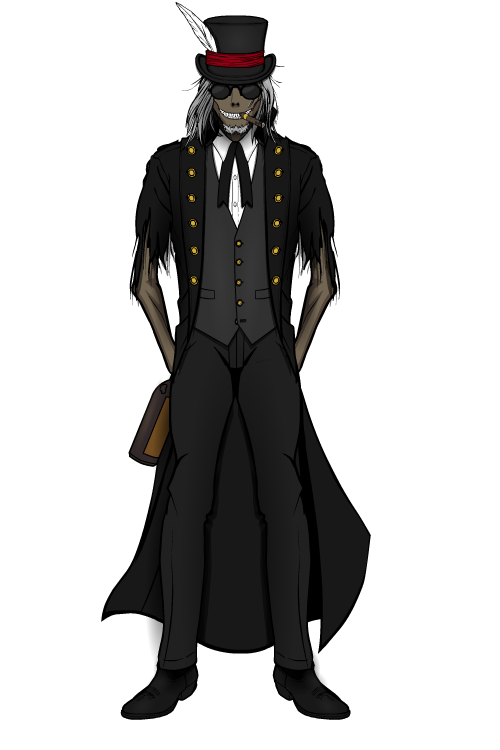 Even amongst the angels, demons, werewolves and vampires in the SRC Unit, Baron Samedi stands out. Well, when he bothers to show up that is. Samedi is one of the Old Gods, a Psychopomp or Death God from Haitian Voodoo, who acts as an information broker for the SRC, providing them with news and information from the world of ancient and forgotten spirits. Of course, being one of the Old Gods, Samedi’s services come at a price and the amount of money that would need to be spent on enough rum and cigars to keep him on full time would bankrupt the SRC, though he has agreed to not demand a vodou ceremony for each time he is summoned. He is very jovial in nature, often drunk, always loud and frequently rude, crude and a voracious womaniser. He may not have been the organisation’s first choice in assistance (in fact, he only got the job because he was drunk when he was asked and only stayed on because he likes free drinks and smokes), his help is never the less invaluable to the SRC and he manages the world zombie population as part of his role as a psychopomp, so that gives the team one less thing to worry about.