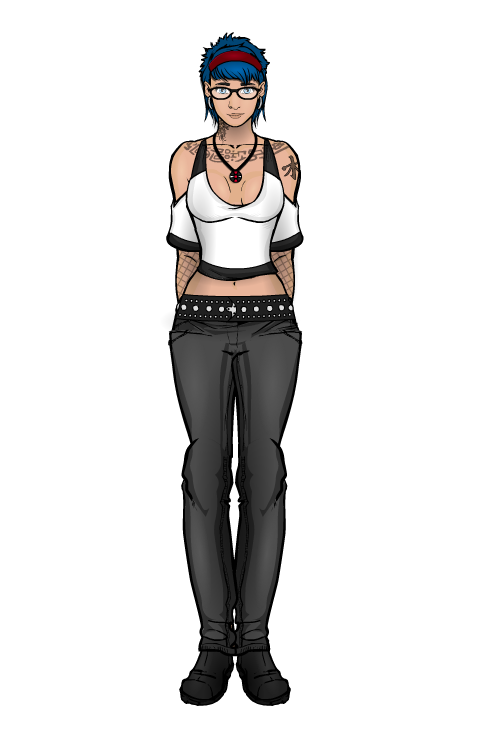 Assistant to SRC’s Head of Supernatural Research Professor Richard May, Sam Matthews has had more than her fair share of experiance with the dark side of the supernatural. When she was 15 she was sacrificed in a Satanic ritual by her uncle, who wanted to use her body as a vessel to bring a powerful demon to Earth and gain enormous power. The ritual was only a partial success however, whilst Sam’s body did become host to the demon Berith, the demon slew her uncle and quickly disappeared, as the summons had been performed incorrectly. The upside is that Sam’s soul was returned to her body by the demon and her death was undone. This had the somewhat unusual side-effect of making her unable to permenantly die. She can be killed, but, due to the demon’s influence, she will likely be up and about again fairly soon. She can still feel pain and she doesn’t heal any faster than a normal human so she tends to stay away from certain death situations as much as possible. That hasn’t stopped SRC from making her a reserve field opperative for the organisation, only being held back by her lack of combat experiance and general clumsiness when under pressure.