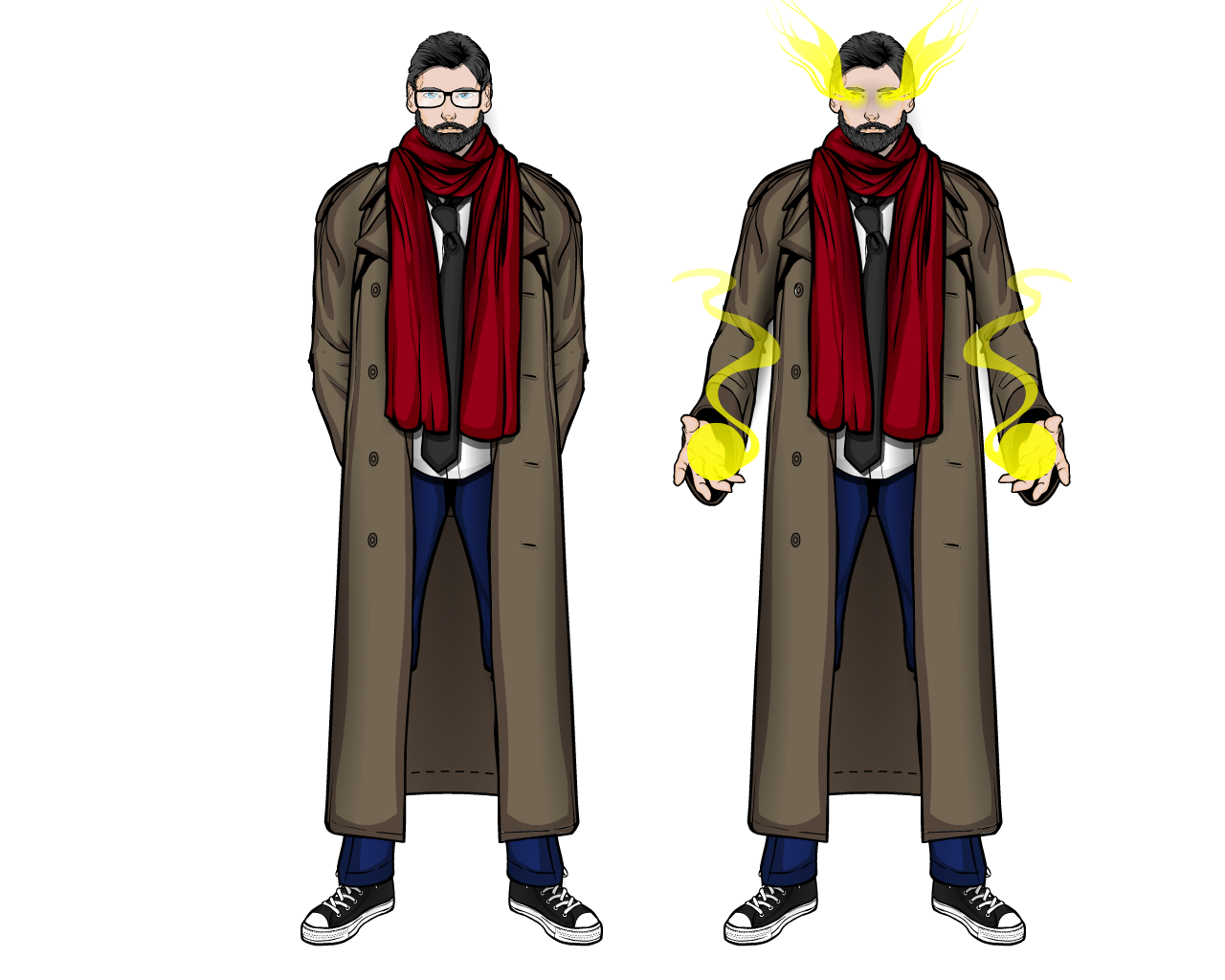 SRC Report
Name: Alexander Finch
Codename: Warlock
Age: 26
Height: 6.1ft
Weight: 165lbs
Bio: Mr. Finch comes from a family with enormous magical potential, his father being a stage magician turned sorcerer and his mother being descended from a branch of the Salem witches, so it should come as no surprise that Mr. Finch displays exceptional talent in the fields of spellcasting and the arcane. Tutored practically since birth in all manners of magic and mysticism, he has developed a somewhat of a lackadasical attitude towards his talents, both as a form of rebellion and a means of coping with the obviously immense pressure of the expectations thrust upon him. Though his talent is undeniable, and often indespensable, his indifferance is a source of concern, both within the team and from SRC management.
Relationships:
Azaria Thomas: As field-team leader, Ms. Thomas is more often than not the harshest towards Mr. Finch because of his attitude. Their dislike is evident and they rarely work together, which is somewhat of a problem considering that they are the two most useful operatives in the event of demonic summoning (one of the more regular call outs for the field team).
Victoria Lewis: Ms. Lewis appears to have a capacity to get along with almost all members of the SRC Team, be they operatives or staff members, and Mr. Finch is no exception. She seems the best at tolerating his indolent attitude and is usually the best at rousing him to action (though whether that is through use of her abilities or not is something that she will not clarify).
Gabriel L’Angelo: As with most of his other team-mates, Mr. Finch and Mr. L’Angelo have a strained relationship. They have a noticable amount in common, specifically both have professed pressure of expectations upon them from outside sources, but the differences in their methods of dealing with this pressure are where the conflict lies. It also doesn’t help that Mr. L’Angelo is vehemently against magic, whilst Mr. Finch is sceptical of the veracity of his team-mates angelic origins in response.
Tracy Samuels: Much like his relationship with Ms. Thomas, Mr. Finch has a less than warm relationship with Ms. Samuels. They cooperate well enough, but a noticable difference in attitudes prevents them from working together as fluidly as might be hoped.