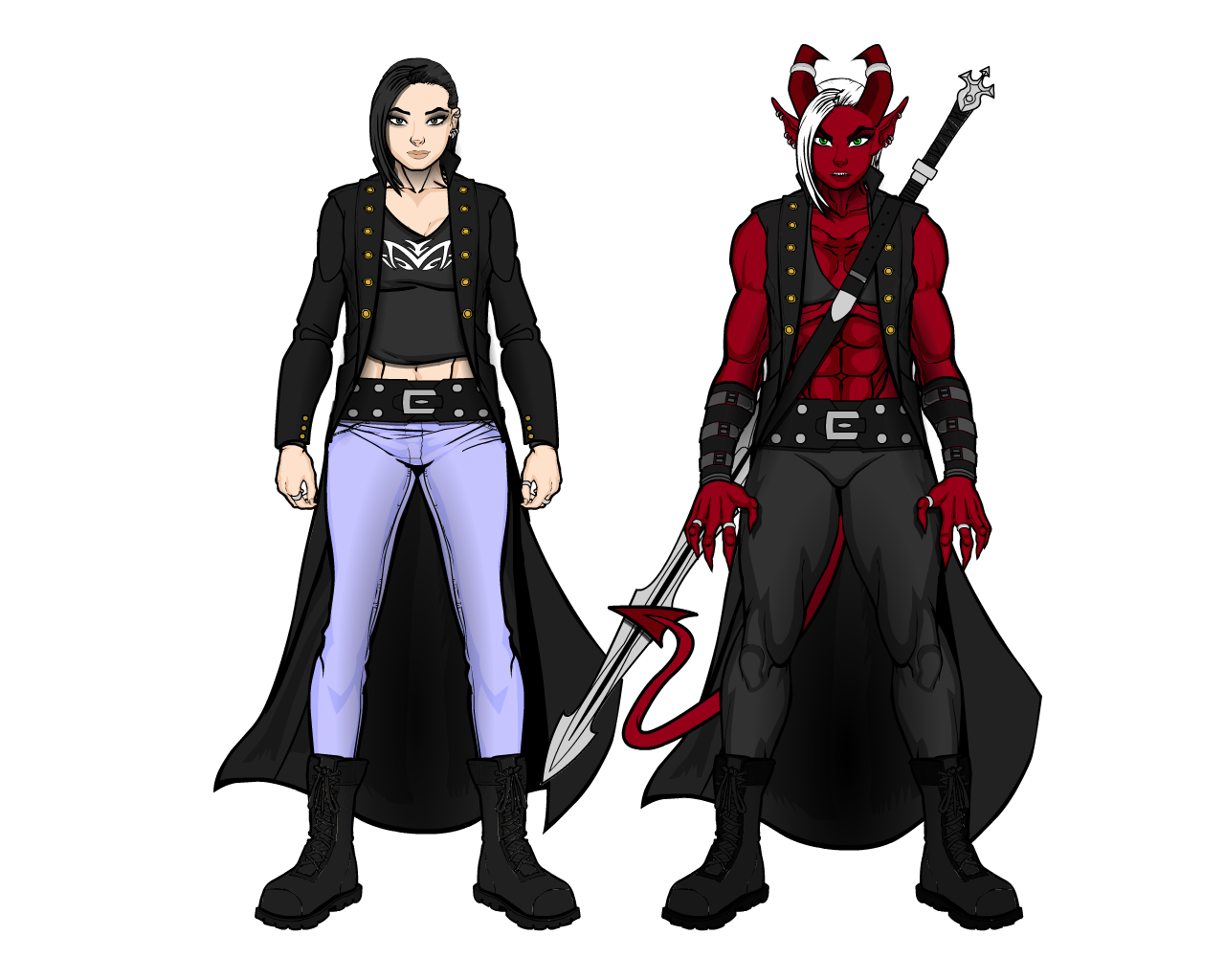 SRC Report
Name: Azaria Thomas
Codename: Demon Girl
Age: 25
Height: 5.4ft (human)/ 5.9ft (demon inc’ horns)
Weight: 135lbs (human)/ 150lbs (demon)
Bio: A half-demon, fathered by a lesser demon driven from hell to the human world, Ms. Thomas has the ability to switch between her human form and her demon form. When in her demon form she becomes far stronger, faster and more agile than any normal human and gains the ability to control fire (though she cannot generate it on her own). Her demon form can also summon the hellsword Baphomet (named after the demon whose horn it was hewn from), a powerful weapon embued with demonic energy. She discovered her transformation as a teen, shortly after her father disappeared (presumably returning to hell, either by his own free will or under duress) and has been fighting against those who would use hells power for their own ends, as well as demonic entities looking to establish themselves in the human world, ever since. Due to her experiance and leadership qualities, she was the first candidate approached to become an SRC operative and was made field team leader.
Relationships:
Victoria Lewis: Ms. Thomas seems to hold Ms. Lewis in some regard. Taking in the young vampire and training her in combat skills when Ms. Lewis first joined the SRC, they have developed a strong bond.
Gabriel L’Angelo: As one might expect, the half-demon Ms. Thomas and the angel Mr. L’Angelo do not get on. He often outright refuses to acknowledge her as team leader or follow her orders, which she finds immensly frustrating. The two have come to blows in the past, though no clear winner emerged and it took magical intervention from Mr. Finch to end their fight.
Alex Finch: Ms. Thomas quickly developed a strong distaste for Mr. FInch’s lazy attitude and is not shy of expressing it. He, in turn, sees her as overly bossy and is only slightly more cooperative than Mr. L’Angelo, sometimes even refusing to work with her.
Tracy Samuels: Seen as they were friends and partners before even joining the SRC, Ms. Thomas and Ms. Samuels have probably the strongest relationship of the team. They trust each other implicitly and make the best team when on operations, rarely needing to rely on verbal communications whilst in action, such is their understanding of each others methods.