Here is a redesign of my British hero, Excalibur. A descendant of Arthur and current wielder of the famous sword, James Taylor, he uses the weapon and his magical knowledge to defend Britain from magical threats.

He received the blade on his twenty first birthday by Merlin, who lives in the pocket dimension where the Magus’s (The strongest magician of a generation and protector of Earth) library exists. In this dimension, time flows slower than the real world, with a year in the dimension equaling a day in the real world. In addition to the time dilation, the dimension also halts aging of those in the dimension. This last fact has allowed Merlin to survive hundreds of years after he was supposed to have died. In the years since he was poisoned, he has mainly stayed in the dimension, training various magicians who have went inside, mainly the Magus of every generation. Recently, he has trained Myles Carter, the current Magus.

After nearly being killed by Mordred, the descendant of the man of the same name, James trained under Merlin to be a better swordsman and magician for three years in the pocket dimension. He dedicated himself to this training. When he came out of the dimension, he had become one of the best swordsmen and magicians on the planet. The experience changed James from the cheerful young man he was into a harder, more serious hero. Since then, he has clashed with and defeated Mordred several times. As Excalibur, he is one of Britain and the world’s greatest magical defenders. 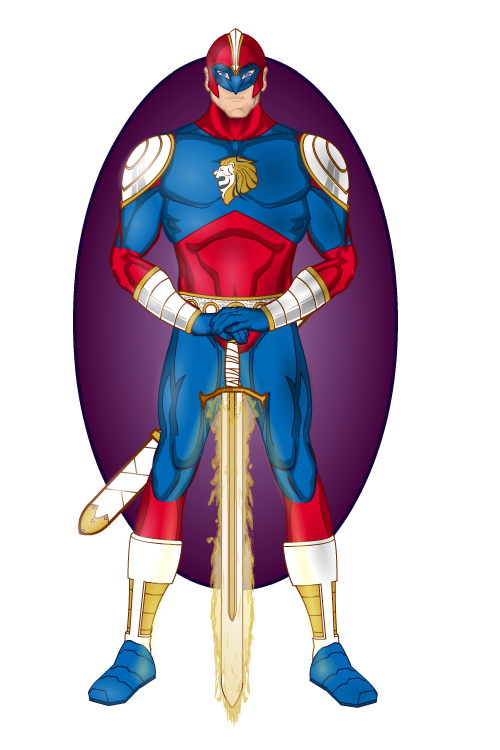