Here I am again, still alive. College has been rough on me for the last couple of months, sucking up time and effort. On the plus side, I can legally drink now, so I guess I got that going for me.

Anyways, here is a remake of Father Timothy McMahon. He is a priest in one of Aeolus’s rougher neighborhoods, a neighborhood known for its high crime rate and high rate of supernatural occurrences. His church acts a sanctuary for many people, respected by all sides. One of his wards is Dylan Blake, the half angel half demon, who has grown to see Timothy as a father he never had. Dylan is only safe with Father McMahon because the father is friends with Metatron, the voice of god.

Metatron, while in civilian clothes, was being attacked by a mugger and Father McMahon stepped in to help. He scared away the attacker at the price of a cut on his right hand. To repay him for his selfless act, Metatron healed his hand and inscribed the word for light into it. Now, Father McMahon can sense a demon’s presence and can purify them by placing his hand upon them. This has allowed him to keep his neighborhood safer and this connection to Metatron has allowed him to shield Dylan from harm. 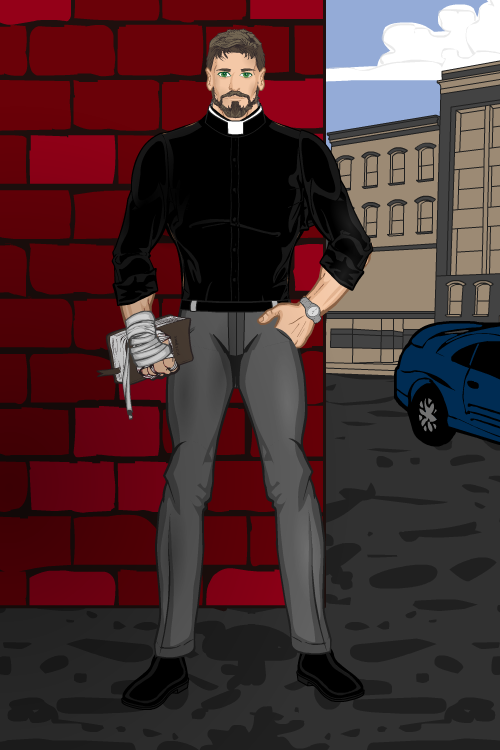