Moving on with the Sato siblings and their chosen families, we have Ichiko Sato, Megumi’s older sister and the only one of her siblings not to pursue a superheroic calling in life. 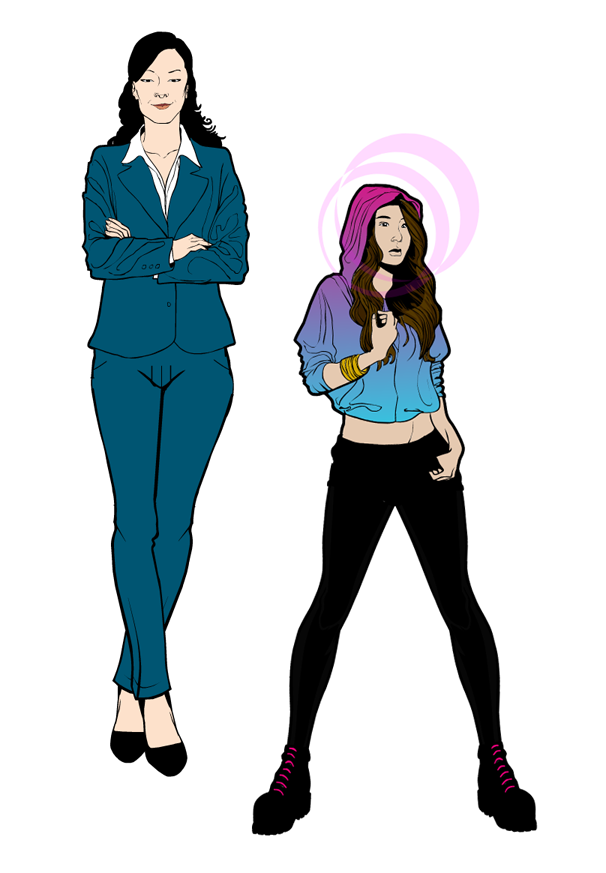 ICHIKO – Ichiko Khan (née: Sato) – The oldest of the Sato children, Ichiko spent her adolescence caring for her siblings, as their father was away much of the time searching for a way back to his beloved Kami. She has a very motherly relationship to Megumi and Hideki and is very devoted to their safety. Ichiko did not choose to follow her family’s penchant for super-heroics, and is now a high-powered ad exec. Ichiko is married to psychic therapist Khalid Dawar and together they have a teenage daughter, Anna Khan. Ichiko strongly disapproves Anna’s desire to become a super-hero, leading to a contentious relationship between them. From her mother, Ichiko was granted one of her divine aspects, becoming Master of Senses. She can even peer past the veils of our dimension and perceive otherworldly phenomena. As the oldest sister, her mother granted her an additional boon of superhuman strength and the ability to fly, to better protect her siblings.

GOSSIP – Anna Khan: Teenage daughter of Ichiko and Samir Khan, Anna has burgeoning telepathic abilities that have the potential to grow more powerful than her father’s. She wants to use these powers to protect the innocent and idolizes her aunt and uncle and their superhero careers. 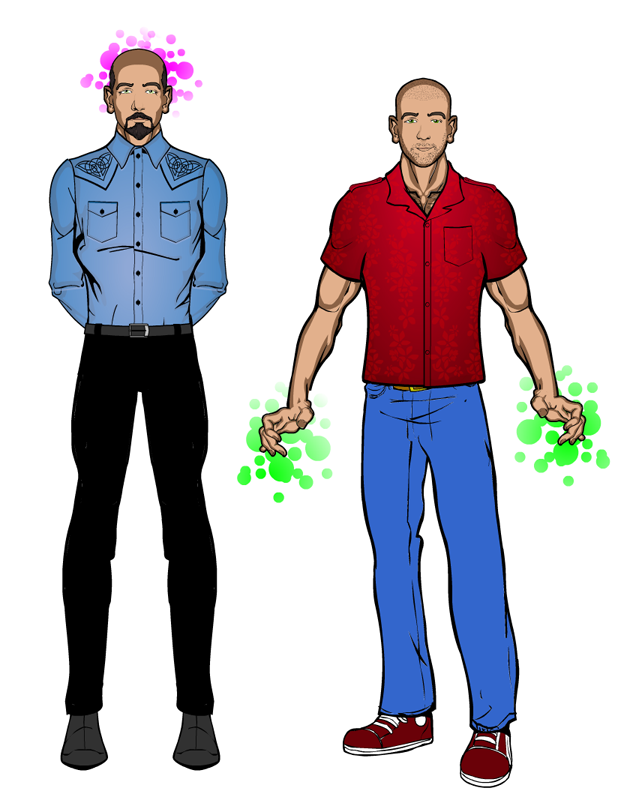 SAMIR – Samir Khan: A vastly powerful telepath, Samir is a talented architect. Together with his telekinetic younger brother, Samir runs a unique architectural firm. Samir will read a client’s mind to determine their ideal living space, and once plans are agreed upon and construction materials gathered, Samir, the client, and his brother will enter a telepathic hive mind. Samir’s telepathic connection with the client feeds into his brother’s telekinetic abilities and that building will essentially construct itself. He is somewhat of an Architect of the Supers and specializes in building secure dwellings for superheroes and their families. Samir and his brother built Megumi’s house, which is how he initially met Ichiko. They fell in love, were married and had a beautiful daughter together. Their daughter Anna has expressed powerful telepathic abilities similar to his own, so Samir regularly coaches her in the use of her abilities.

TARIQ – Tariq Khan: Younger brother of Samir and uncle to Anna. He is a powerful telekinetic with very refined control of his powers. Tariq and his brother were orphaned during conflicts in their native Afghanistan, and used their nascent posthuman abilities to survive. Due to this trauma, Tariq abhors violence of any kind, he only wishes to use his abilities for creative endeavors. He supports Ichiko’s wish to keep Anna out of superheroics.