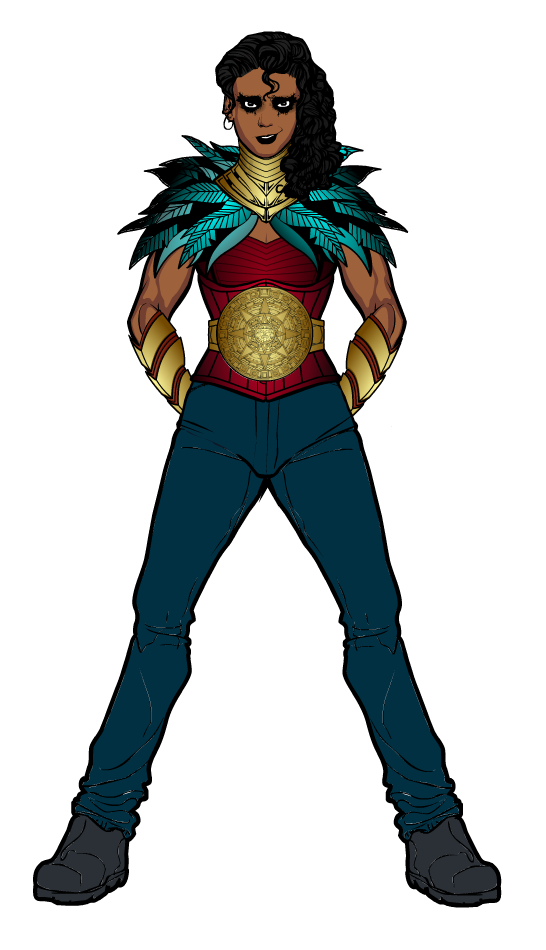 YAOTL – Marcela Gonzalez: Daughter of Cuahtemoc and Tonantzin, middle child of the three Gonzalez Siblings. Marcela is also physically enhanced, not as strong as her brother Campeón, but much more agile and far faster. She inherited some of her mother’s connection with the Earth. She can draw power from the planet itself, potentially amplifying her strength to a degree beyond her older brother’s, but this power wanes in areas of high pollution and urban centers. Marcel has a heavy-handed sense of humor and can come across as abrasive.

MAURICIO – Mauricio Gonzalez: the youngest sibling. He was born physically human, no powers to speak of. He can perform his mother’s arts, but his body is not attuned to receive “the gift” and it physically hurts him to utilize magic. Mauricio has always had a bit of a self-esteem issue. Campeón cares deeply for him, but Mauricio has a bit of self-destructive streak and keeps everyone at arms-length. He does get along very well with Hideki, precisely because his brother-in-law is one of the only people in his life not actively trying to “fix” him.