Thank you and since I’m going on vacation soon, here is a character dump.

First is my main hero in my universe, Alpha. He was a half demon, half human genetic experiment created by an evil organization to be the perfect assassin/soldier. His demonic genes grant him slightly superhuman strength, senses, speed, and a mid level healing factor along with the ability to scan weapons. After scanning a weapon, he can use it expertly intuitively and can summon them. He left the organization that created him after finding out what they were doing and became a hero. He uses his wits, fighting prowess, and a variety of trick/special bullets made by miniaturizing super technology. He lost his right arm in the Zalamin invasion when he led a small team to blow the ship from the inside. Alpha, AKA Alex Patton, is a hero whose dark past haunts him, but strives forward to help the future. 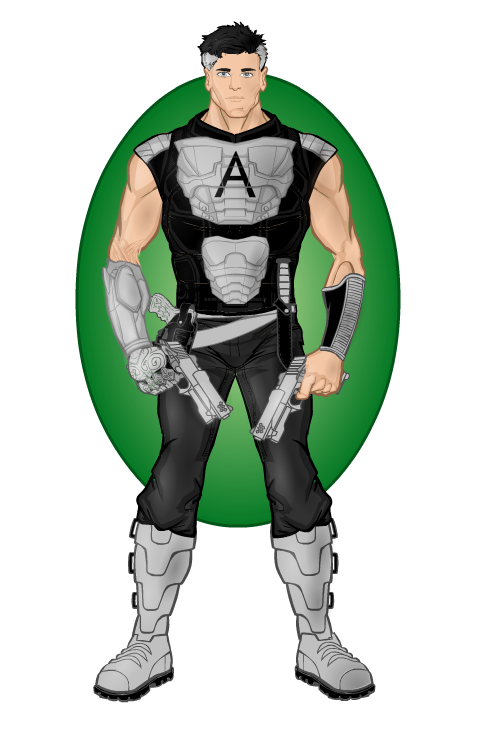 The Albino is a mercenary who received a prototype of a supersoldier formula. The formula gave him enhanced strength, senses, and speed, but drained his body of its color. 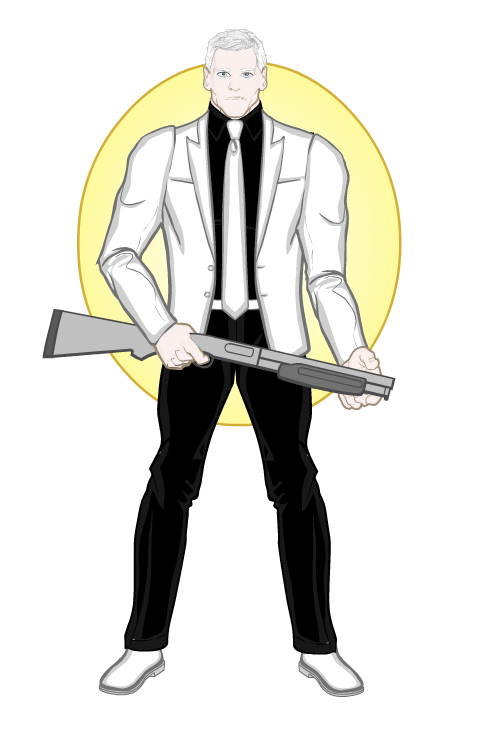 Lastly, is Captain Montesi Kreg of the Galactic League. His ship, the Jakhun, has seen many battles and adventures, his quick thinking often saving the day. He is an Andarran and was born on Andar VI. As a captain, he is serious and quick on his feet. 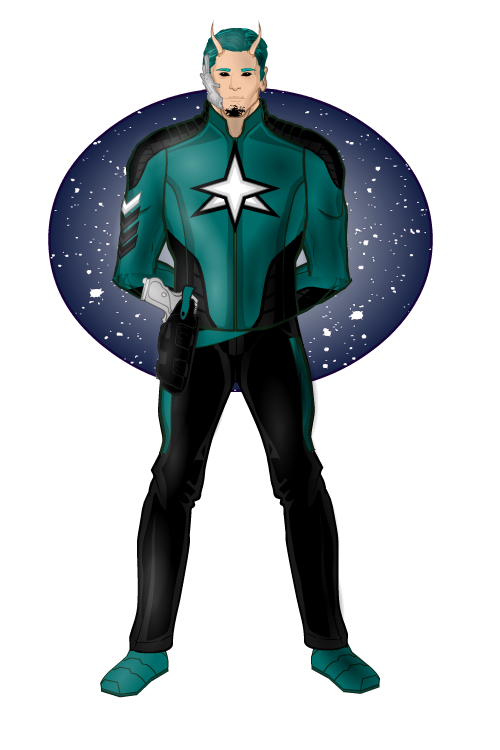