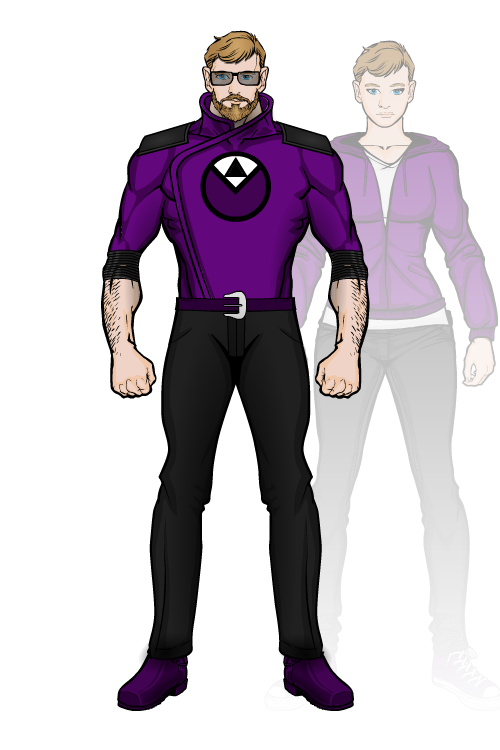 Powers: Biological Manipulation (Limited shape shifting, with focus can enhance one sense at a time, can control adrenaline output and other hormones to induce different positive effects).

Bio: Born as a girl, although he always felt he was born in the wrong body. Without enough money to undergo gender reassignment surgery, he struggled until his ability to manipulate aspects of his own biology became apparent, specifically his ability to manipulate his own DNA. He can now hold a male form almost indefinitely, only returning to his female form when under great emotional stress. He kept this secret from his friends ever since he joined PRIDE and has since started dating Chance.

Since Time Skip: Shortly after White Lie joined the team, Shift approached him for help. He confessed about his past and how he felt guilty about keeping it secret from his friends, but that he was scared Chance would reject him if he found out. So he asked White Lie to use his power to make it that he’d always been a guy. However, this backfired horribly as Shift’s powers reacted badly to the change, malfunctioning whenever Shift tried to use them and eventually going into meltdown due to the paradox. Unfortunately, this led to White Lie having to reveal the lie he’d told, exposing Shift’s secret to the rest of the team. Fortunately, the only bad reaction Shift received was that his friends were disappointed that he felt he’d needed to keep it a secret. Although his powers are functioning normally again now, he is finding it harder to hold his transformations and has to revert to his natural (female) form more often to recharge. Chance is supportive at least, so the problem isn’t as bad as it could have been. 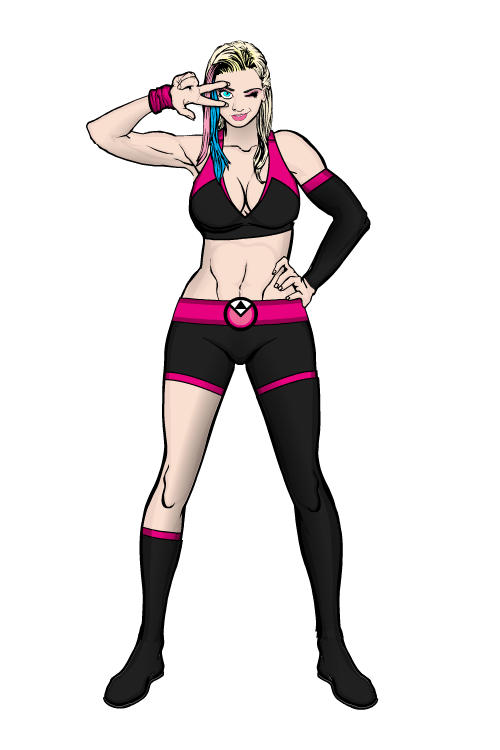 Powers: Hyper-active molecular structure (super-fast teleportation and phasing, possibly even molecular manipulation if she were to sit still long enough to figure out how to do it).

Bio: No-one in PRIDE exactly knows where Shutterfly came from. She just sort of turned up one day and didn’t go away. Normally this would be unwelcome, but not only is Shutterfly really useful in a fight (her teleportation ability meaning she can practically be in two places at once, a party trick she has pulled many times at the Safehouse), but her antics and energy helped the rest of the team through some of their toughest times. Hyper-active with a generally short attention span, when she does slow down she can actually be an incredibly insightful friend. She helped Manara find her place in the group and looked out for the rookie hero during their first few fights together. However, not all of the team are fully taken with Shutterfly. Nike views her as a bit of a threat to her status in the team (and in life in general), due to Shutterfly’s easy way with people and ability to connect with others without flirting, something which Nike has yet to manage with humans. Shutterfly just views Nike as someone else to be friends with. 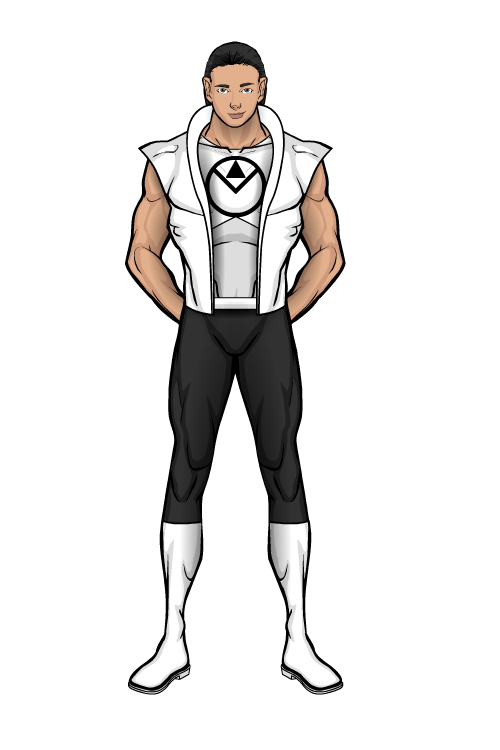 Bio: Born in American to a Mexican family who had illegally crossed the border, Tavio lost his parents young due to local gang violence and was passed around the foster system for years. His teenage years didn’t go well, his emerging powers and uncertain sexuality making him many enemies. However, he met Chance through a mutual friend (one of the local foster care workers) and Chance took him under his wing.

Since Time Skip: The last two years have been busy for Tavio. Between exposing Shift’s greatest secret, to stopping R-Gen and Double Trouble from killing each other, to introducing Manara to the team, the kid has managed to find the time to graduate high-school and get into college, where he is studying Politics. He works a part-time job at Chance’s gym, helping out where he can. He has also come to terms with his sexuality, bi-sexual leaning more towards straight, but he prefers to classify himself as queer, as he’s not really gay, bisexual or straight, just somewhere in between all three.