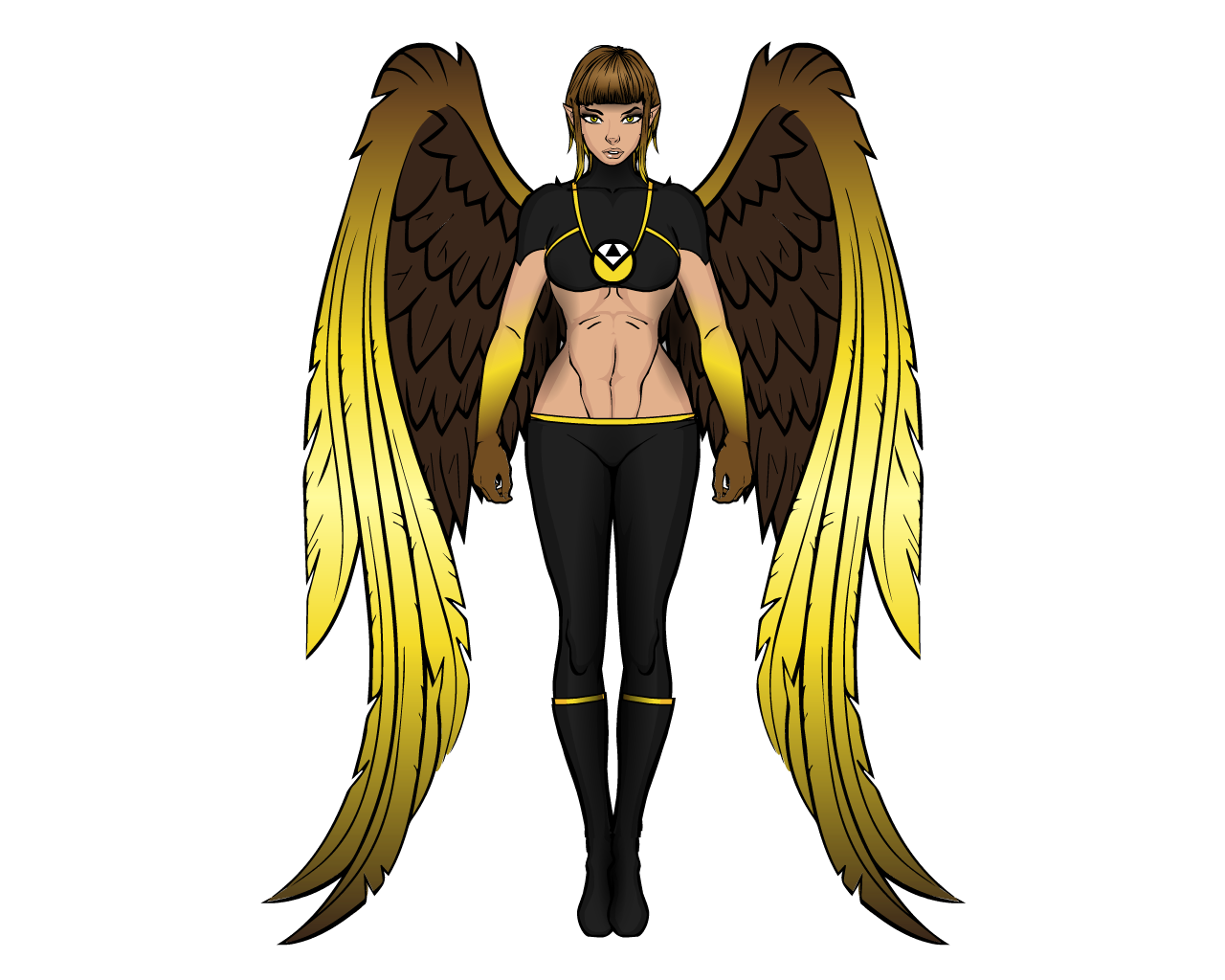 Bio: An alien Princess from the planet Altar, crashed on Earth whilst trying to escape alien slavers and now stranded. She was rescued from her ship by PRIDE and joined the team in order to learn more about the world she was stuck on.

Since Time Skip: Nike’s cavalier attitude to relationships really caused the team problems in the two years since we last saw them. At that point she was dating R-Gen, however Nike started cheating on her girlfriend with Double Trouble (both of them. At the same time, obviously). This led to R-Gen trying to mind control Nike and then nearly killing Double Trouble. Unfortunately, Nike didn’t learn and began to become uncomfortably flirty with Manara, earning herself a beat down from Enabler after she refused to stop making the newcomer uncomfortable. However, Nike has had her moments. She saved her entire team from Kratos, her vengeful brother, as well as being crucial in foiling an assassination attempt by Ironside of the AnarchQueers. 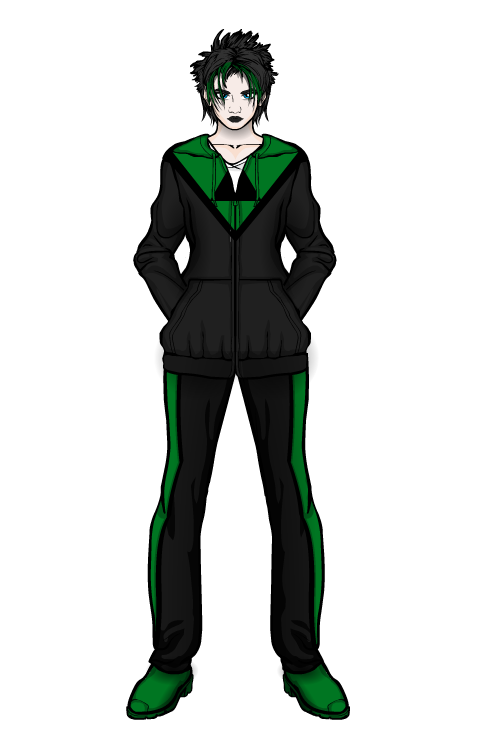 Bio: A tomboy lesbian who was kicked out by her devout Catholic family and forced to live on the streets, where she developed somewhat of a fear of abandonment and being alone. She was later taken in by Enabler and Double Trouble as a member of PRIDE.

Since Time Skip: The last two years have not been good on R-Gen. First her father contracted cancer and refused treatment, dying some time later. This sent her into a depression which was only worsened when she discovered that her girlfriend, Nike, was cheating on her with her best friend, Double Trouble. At first she tried to force Nike to be faithful by controlling her using her pheromone powers, but Enabler and Double Trouble found out. In the argument that followed, R-Gen almost killed one of the twins by forcing xem to strangle xirself under the influence of her pheromones. As if to make matters worse, when Double Trouble managed to fuse, the ensuing fight nearly demolished the “Safehouse” and only ended when White Lie intervened. In the years since he joined, White Lie and R-Gen have become quite close, sharing a similar upbringing in Catholic households and both having to deal with life without parents, they developed a brother-sister relationship, and are probably the closest friends of the entire team. 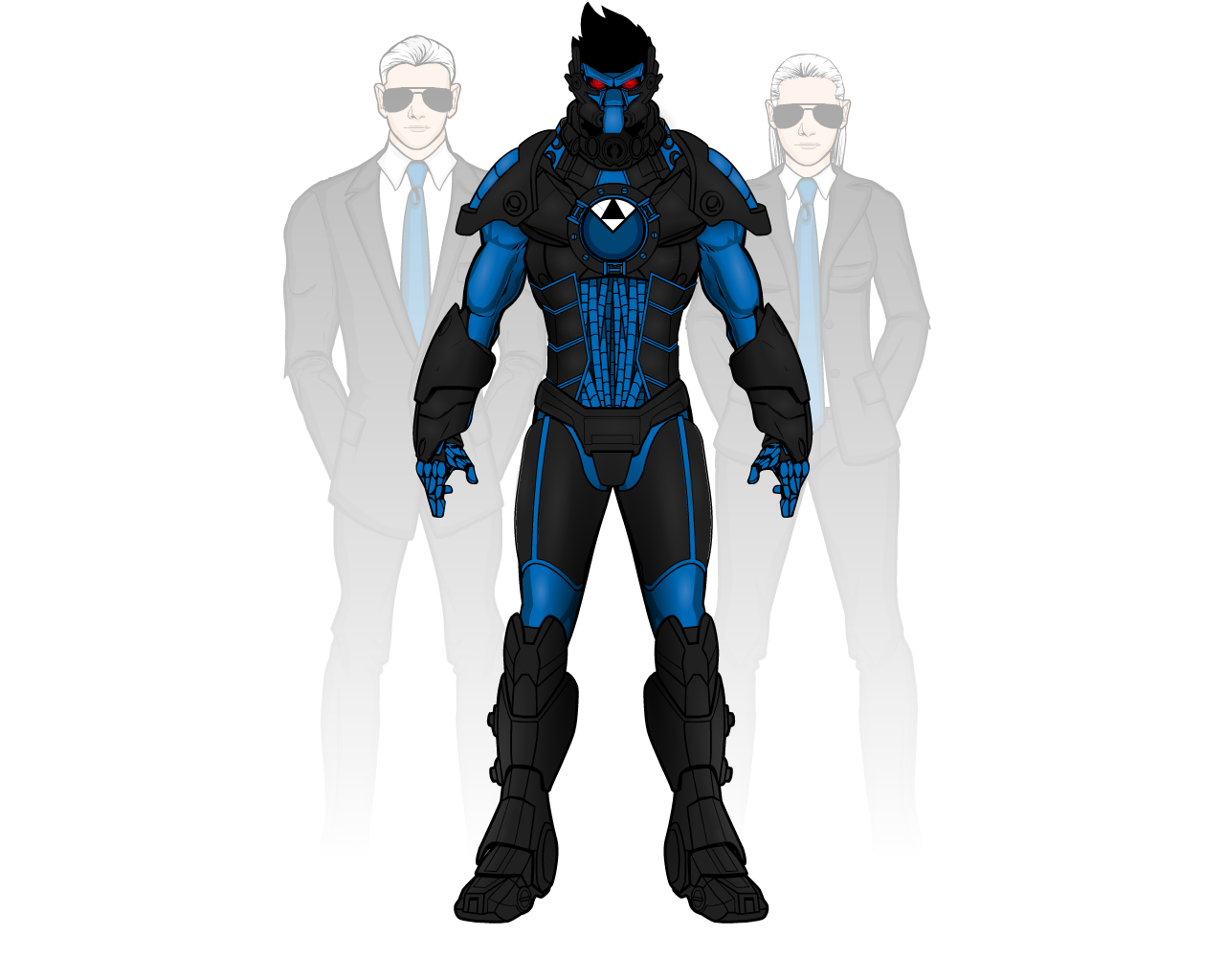 Bio: The product of an experiment to create the perfect human, Double Trouble is one person in two halves, male and female, and can fuse these two halves into one superhuman being. However, xir amalgamated form is unstable, so xe can’t hold it for extended periods of time. When in separate forms xe can pass xirself off as twins and both halves can feel what the other is feeling and tell what the other is thinking.

Since Time Skip: Other than being the cause of a messy break up between two of xir teammates and almost having one half of xirself killed by one of said teammates, the last two years have been alright for Double Trouble. Xe fought what could be called xir “father” in the Negadroid (whose technology was used in the creation of xem) and managed to reconcile xir feelings on being artificially created. Xe also developed a new method for fighting, taking advantage of xir ability to fight as two people, giving the team essentially an extra person in a fight. However, xe doesn’t really like fighting in that fashion, as xe feels more comfortable in xir amalgamated form, plus the amalgamated form is as powerful as both split forms combined anyway.

(Hopefully I got the pronouns right this time. I bow to DiCicatriz senpai’s greater knowledge on this subject).