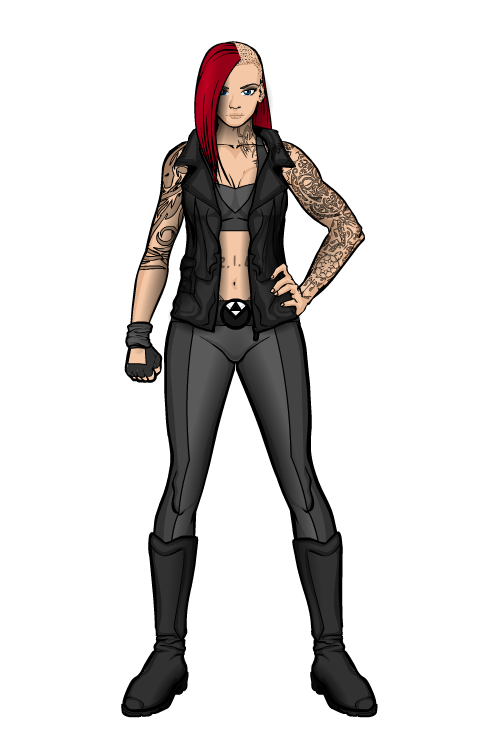 Bio: Born by a surrogate mother for a gay couple who wished to have a family. Active campaigner for LGBT Rights. Formed PRIDE with Double Trouble after xe stopped an assassination attempt on her.

During Time Skip: In the two years since we last saw PRIDE a lot has changed. For Enabler’s part, the passing of the Gay Marriage Bill was a huge victory and she finally got to see her fathers get married. However, it hasn’t all been rosy. She was hospitalised during a battle with the Negadroid and was then kidnapped from the hospital by The Knights Of Purity, who tried to lynch her on video. They also firebombed her house after she was rescued by the rest of PRIDE. She has since relocated to what she calls “The Safehouse”, an apartment building owned by Chance’s uncle, where the rest of the team have also moved. 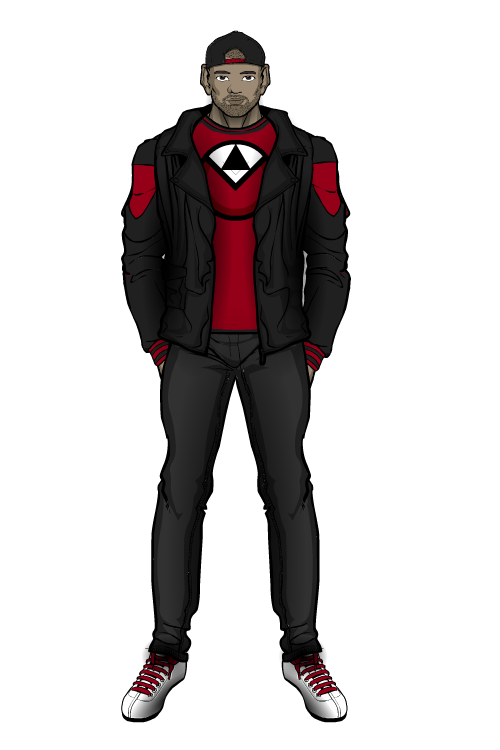 Bio: Former colleagic athlete, disbarred from competition due to his powers. Currently dating his team-mate Shift. Uncle owns the teams place of residence (unofficially known as “The Safehouse”).

Since Time Skip: In the last two years, Chance has had a few interesting experiances. He almost got himself killed whilst putting his powers to use in Las Vegas in order to gain enough money for him and Shift to buy a house, which he will admit was a dumb idea. He also found out his partners secret (which we will come to late). Fortunately it didi affect their relationship in any major way. Away from the team, he’s trying to get his own gym started. It isn’t going brilliantly, but luck can’t solve everything, hard-work is needed too as his dad always said. 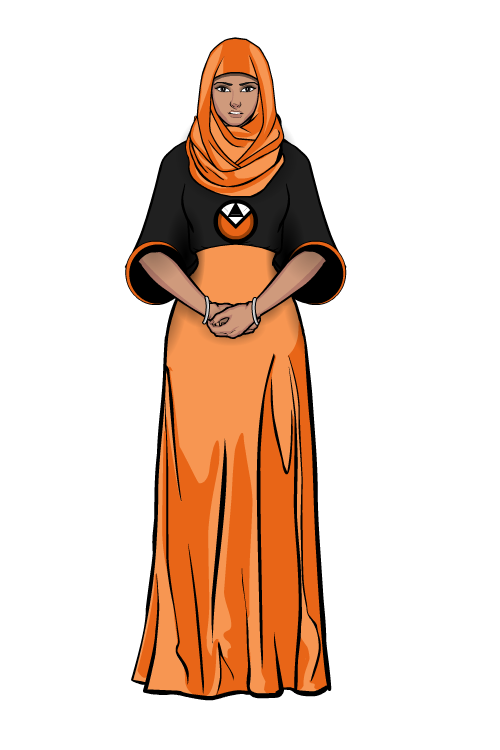 Bio: The daughter of Syrian immigrants, her family were killed whilst visiting family in Syria shortly after the civil war started. Farah was at college in America at the time so didn’t go with her family. However, the news of her family’s deaths awoke her latent power to absorb and control heat and light energy. Given the nature of her powers, added on to her Islamic heritage and her suddenly very withdrawn behaviour, she was shunned by many of her college peers and eventually, in a moment of heightened emotional stress, she  lost control of her powers. Fortunately, she was stopped by PRIDE, whose member White Lie attended the same college and she joined the team, at first as an ally, but she soon began to develop feelings for another member of the team. She now constantly struggles, not only with her powers and their unpredictable nature, but also reconciling her feelings with her faith.