Here is a contest entry, hopefully. It is Iago and Othello, modernized into a superhero genre. Iago was previously entered into a pop quiz, which is where the doubt over the entrant’s status comes into play. (JR, can it be entered even if half of the characters have already been entered?). In this take, Othello is a superstrong hero and teammate of Iago, who has mental powers. The old leader of the team has stepped down and put Othello in charge, instead of Iago who has been with the team longer. This has caused Iago to snap and plot Othello’s downfall. 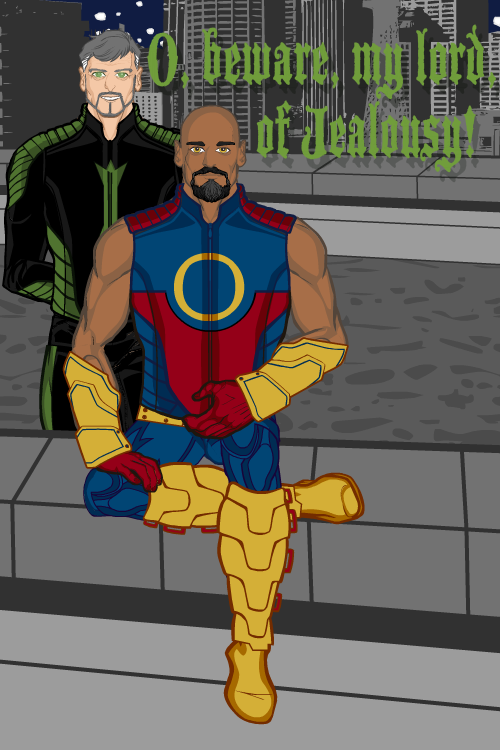