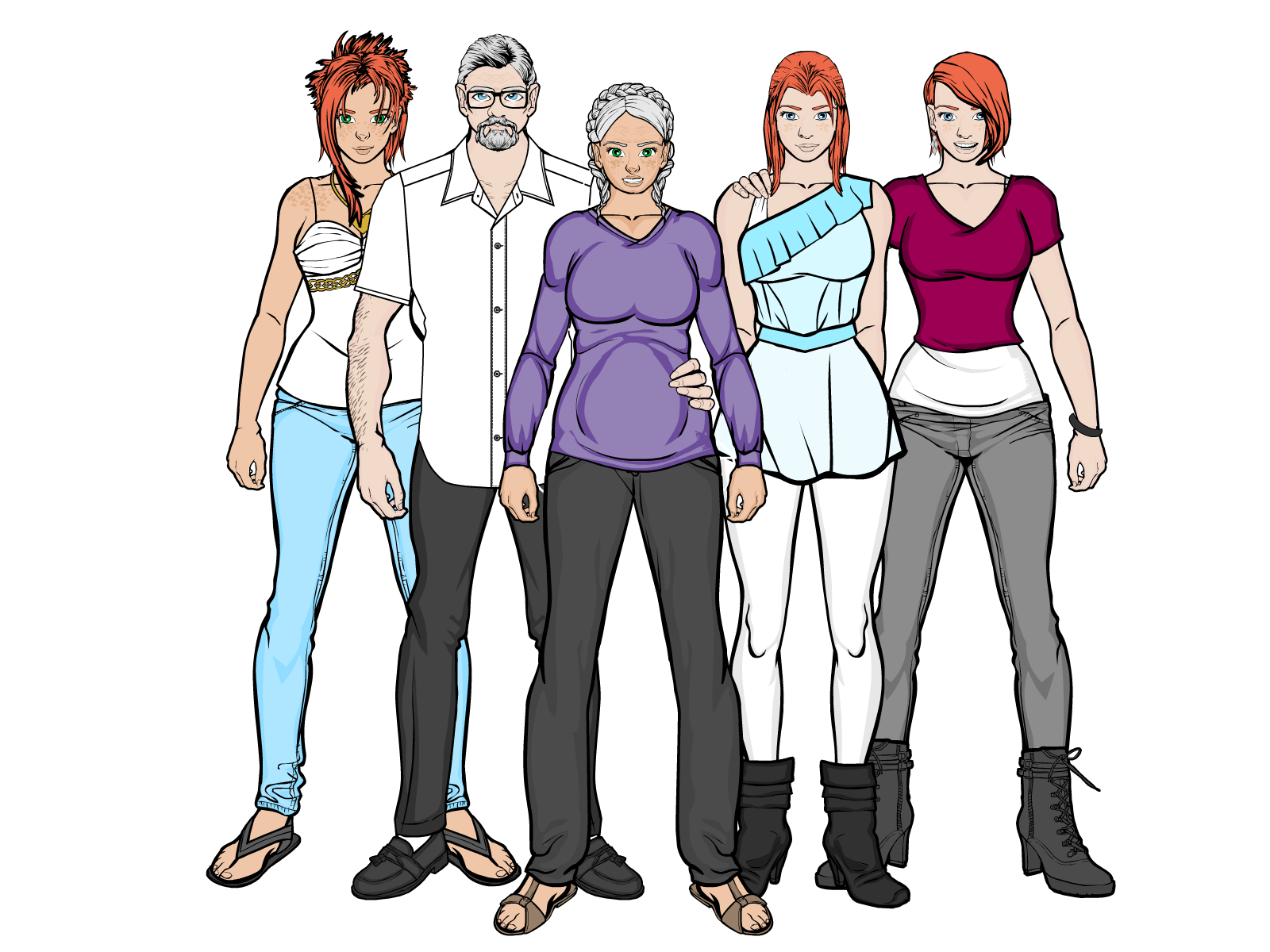 Well, I did Lili’s family, so I guess now it’s Danni’s turn. From left to right we have Danni, Thomas Dartford (her father), Samantha Dartford (her mother) and then Stacy and Zoe Dartford (her younger twin sisters).
Thomas Dartford is a retired doctor. He wasn’t a surgeon or anything, just a GP (General Practitioner) He’s always been quite strict, especially when it comes to matters of health. The girls always brushed their teeth and ate their greens when they were kids that’s for sure. That doesn’t mean he’s without a sense of fun or a sense of humour. He’s a big comedy fan, especially of comedy from “his era”, Monty Python, Porridge, Faulty Towers etc. He even claims to have met John Cleese, though he has no photos to prove it (you just have to trust him, after all, he is a doctor). He and his wife spend most of their retirement fundraising and helping out various charities, specifically the British Heart Foundation, a charity Thomas has a particular passion for, after his elder brother succumbed to heart failure in the mid-90’s.
Samantha Dartford is a retired English teacher and it’s thanks to her that all of her daughters have a passion for reading and literature. None of the girls were ever in any of their mothers classes, probably to their own fortune. She may have not been a strict teacher (certainly she is nowhere near as strict as her husband), but you could never get anything past her. She could see a child chewing gum at the back of the classroom without fail.She has a passion for collecting first editions of books, her prize possession being a first edition of “The Murder Of Roger Ackroyd” by Agatha Christie, given to her by her mother.
As for the twins, well, they’re 4 years younger than Danni and Danni is incredibly protective of them, always has been. Obviously they’ve had their share of arguments and spats, what siblings haven’t, but they’re very close as sisters. Stacy is a Literary Historian and has a degree in History And English from Oxford University, whilst Zoe is a journalist and film reviewer, meaning she’s usually both a blessing and a curse to have around at a film night. Zoe is also known for having both terrible luck and judgement when it comes to boyfriends, something that exasperates everyone who knows her. Stacy, meanwhile, has recently got engaged to her long-time boyfriend and fellow historian, Matthew White.