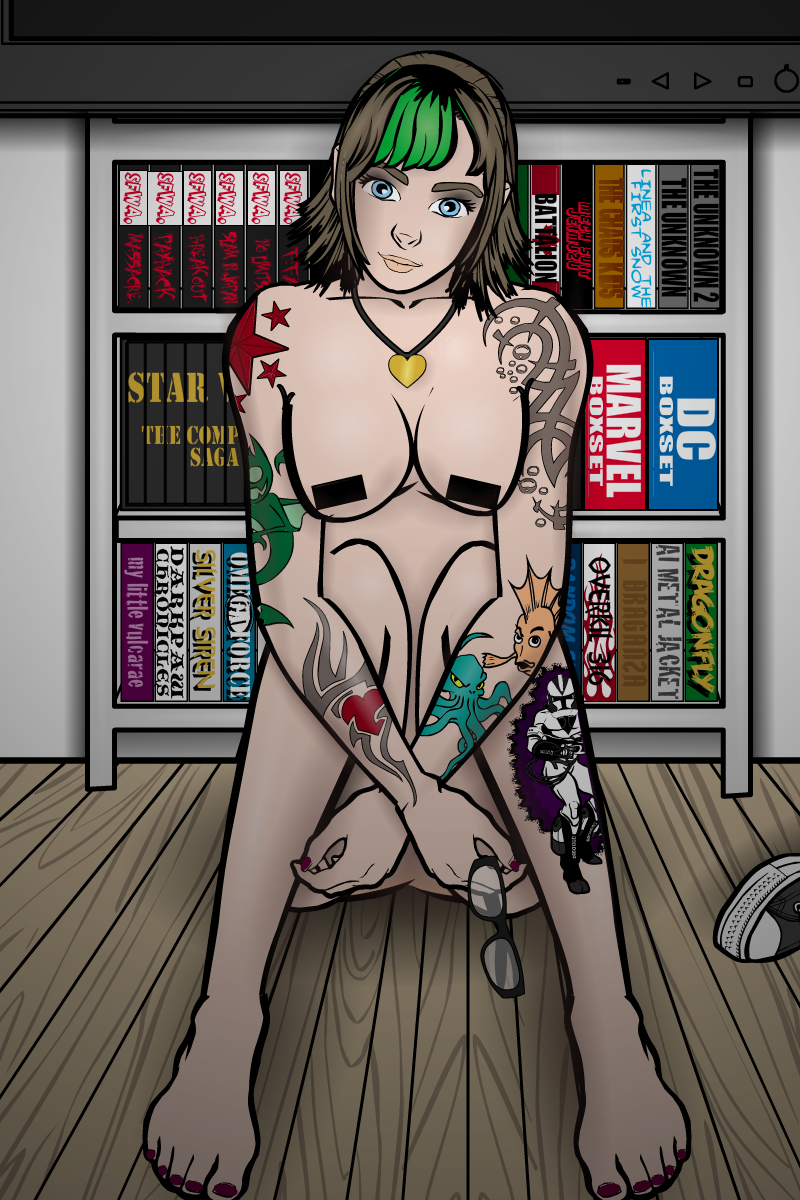 So, Sam’s tattoos. The first one she got was the one on her left shoulder and upper arm. She wanted to get a tribal design like Lili, but her own style. Lili helped her design it and went along with her to the studio (Danni was there as well, but Lili had her sit out in the car because she wouldn’t stop fussing). The one on her left forearm is the three main characters (the third behind on her inner arm, so therefore out of view in this position) from the cartoon series which won her so far her first animation award (well, technically it was the team she was on who won the award, but it still counts right?). The red stars on her right shoulder are the logo of her favourite band, Hostile Intent, and winged demon was from her final year project at university, where she did an animation course (obviously). She also has a Storm Trooper on her left shin, being a massive Star Wars nerd (she got that from Lili as well, Danni’s a trekkie), and the heart on her right forearm she got done with her best friend on her last day of uni. They may or may not have been slightly inebriated when they decided to do it.
Also, there are a total of 14 different heromachiners referenced in this picture, a prize will be given to the first person to name all of them (and that’s just because some of them are quite hard to read and some of them you really have to know your stuff). I am particularly proud of the one on the bottom row far left (Sam’s right). Also, the Marvel box set contains every Marvel studios movie up to and including The Avengers 7 (the one where they fight Kang The Conquerer). Unfortunately it still doesn’t include a good Spider-Man film. The DC box set contains all of the films in DC’s Justice League series. They’re mostly underwhelming, and some are plain bad, but completionism right.