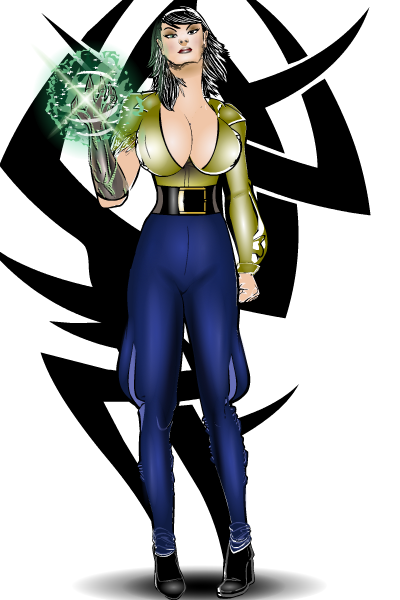 BIO:
Maximillia Stranensky was a Russian adventurer in the 1950s looking for the tomb of C’zelth, an exiled alien demon from before humans walked the Earth, which was rumored to contain the greatest treasures of all time. Upon its discovery, she located the Hand of Power and slipped over her forearm. It immediately bestowed amazing abilities, but it also triggered a booby trap that buried her deep underground. Decades later, the tomb was rediscovered and her body was found still alive. Once revived, she turned on her saviors and disintegrated them. Now known as the Demoness, her goal is absolute rule over the earth and beyond.