Hi, everybody! It’s been…. a little while. Real life has been butting in way too much, but I had time to make a few little ideas.

I went for a Latin American kind of vibe, characters from different countries, without necessarily being living flags.

Gender: Cisgender Woman
Bio: A world famous superheroine who gained her powers after being hit with a mysterious ray of cosmic light during a hike through the Andes. Monica is the premiere posthuman of Buenos Aires and a beloved celebrity. Her dazzling photonic abilities lend themselves to this squeaky clean image. But, Monica hides a dark secret. Once a year her powers begin to wane, and to maintain them at their peak, Monica has to absorb the life-force from an individual, siphon their “light” into her own. Her chosen targets have been rapists, murderers, the kind of people she can justify snuffing out, but this past year, one person has not been enough to sustain her…

Powers: Monica possesses the power of enhanced strength (50-ton class), supersonic speed, and self-sustained flight, and photonic projection. She can emit a blinding aura from her body and focus her light into searing energy blasts. 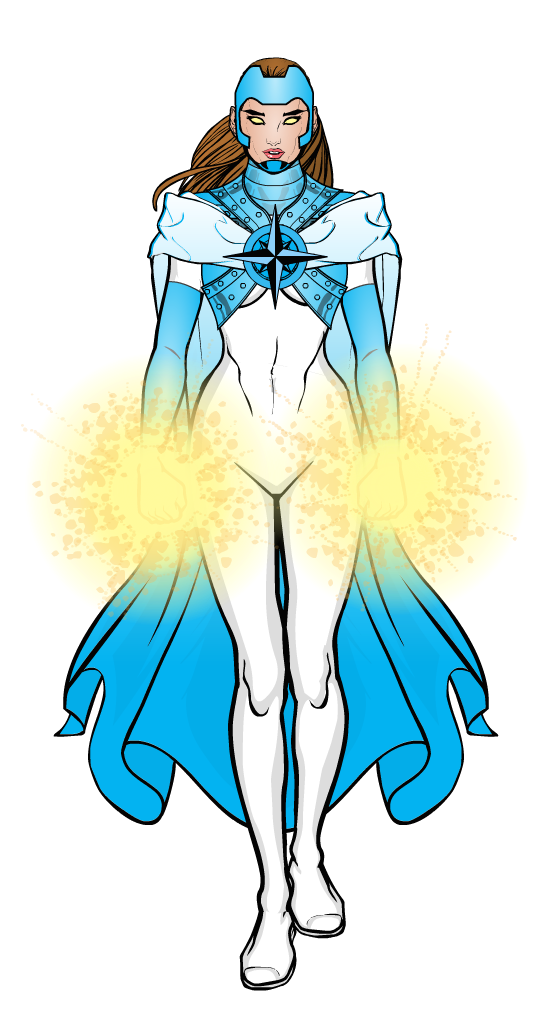 Bio: A former member of Guatemala’s elite military unit, the Kaibiles, Alejandro was amongst its fiercest members. During a disastrous mission he was gravely wounded and alone, leaning his back against a huge ancient tree in the heart of the jungle, and the enemy was closing in. Bullets rained down around him. He hadn’t been hit yet, but Alejandro felt blood dripping on him… The ancient tree behind him was bleeding. He felt life thrumming from within. More bullets. The soldiers were upon him. With nowhere to go Alejandro plunged his hand into the wounds of the tree. It received him within itself, sealing him in. The enemy soldiers were dumbfounded, when suddenly the forest around them began to wither and die, feeding into the ancient tree until the tree itself blackened, withered and died. From within the trunk Alejandro burst out, reborn and remade. He singlehandedly slaughtered the enemy squadron with his bare hands. The jungle had chosen him as its champion, granting him its strength and vitality.

Powers: Alejandro possesses physical invulnerability and superhuman strength. His body is supernaturally resistant to physical damage of any kind. His strength is sufficient to lift 100 tons and punch through plate steel. His eyesight/smell/hearing are enhanced to inhuman levels, and he can telepathically communicate with the local biosphere of his immediate vicinity. 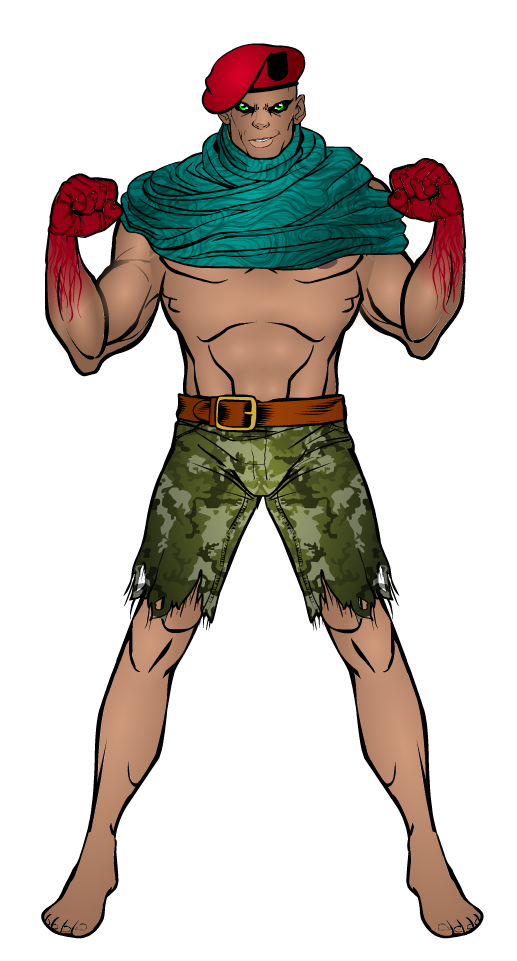 Bio: The government of Colombia employs the services of an elite battalion of special operatives, known as La Legión Correa (thought to be named after their founding member and commanding officer). They are rumored to be unstoppable. They move with unparalleled coordination and outclass all of their opponents in both skill and numbers. Unbeknownst to the world, la Legión  is comprised entirely of one man.

Powers: Santiago Correa has the ability to create multiple duplicates of himself, a phenomenon in which he can exist in multiple simultaneous points of parallel alternative spacetime continua (allowing each duplicate to operate independently). The scientists who discovered and experimented on him as a boy have dubbed him El Sistema Correa (The Correa System). The limit of duplicates he can create is unknown. On one mission he was able to spawn 100+. Each duplicate is an identical copy of the other and contains all of the previous incarnation’s knowledge/memories/experience/skills. Each dupe is capable of multiplying themselves and no one individual of the Correa System can act as “Prime”. As long as one dupe survives, Santiago’s consciousness will persist. When inactive the dupes will absorb into their nearest other until the System’s population is back to one. All active duplicates share a telepathic hive mind and can share sensory information with the others, allowing them to move in complete sync and making them an unstoppable team. 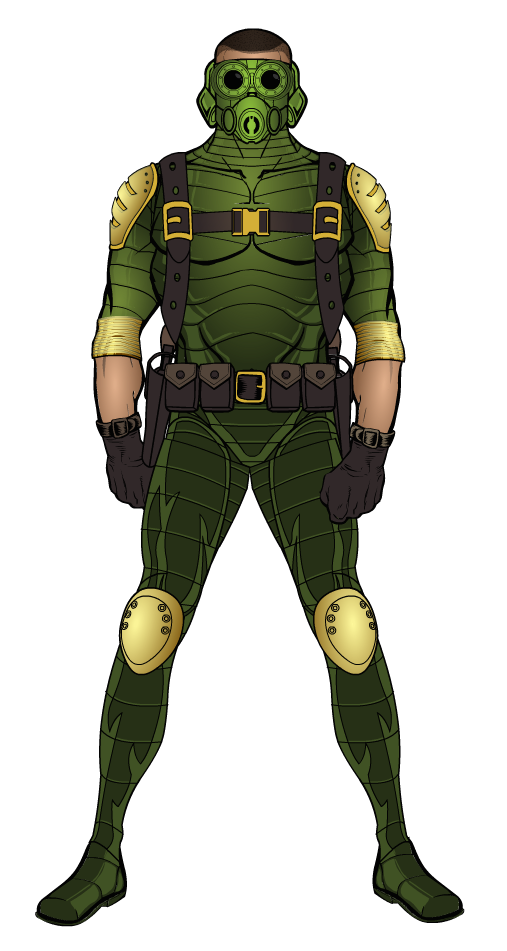 And the “System” in a group shot: 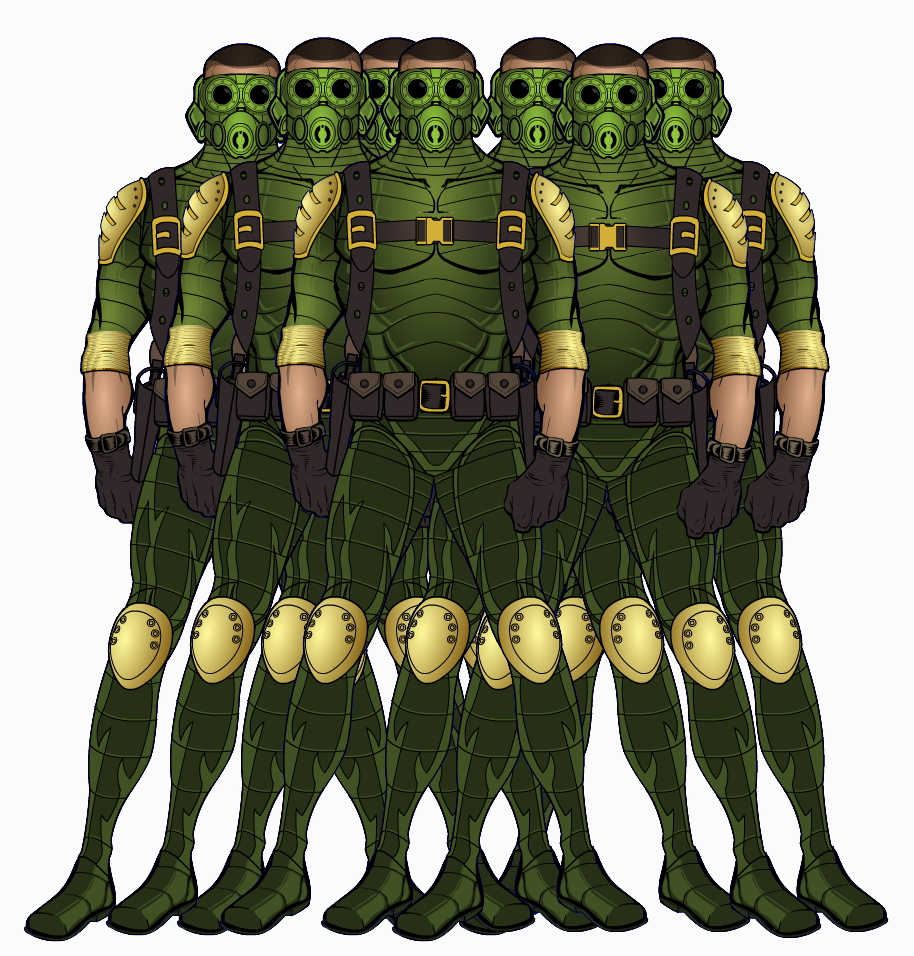