Thanks guys and JR, thanks for the COTW nod.

Here is Earth’s representative in the intergalactic police force Cosmos, Patrick McClellan. Patrick was once a normal police officer whose life changed when a vicious alien criminal fled to Earth. He fought the criminal to the best of his ability before Cosmos officers arrived. His bravery in the fight helped bring down the criminal, but also left him mortally wounded.  Honoring his actions and realizing that intergalactic threats were coming to Earth more often, Cosmos inducted Patrick into their agency, the cosmic powers its power bands granted, saving his life. Patrick now works as Cosmos’s representative and liaison in this section of the galaxy, using the cosmic powers he was given to fight crime. The bands given to him grant him several abilities: flight, a personal forcefield, superstrength, the ability to survive in nonEarth conditions, the ability to channel and launch cosmic energy, and access to Cosmos’s entire records. 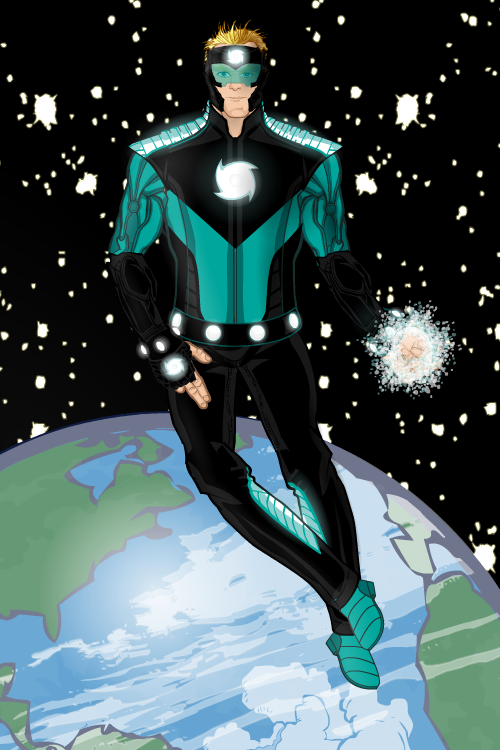