Here is Sophie Deveraux, a student of the Institute who has gone evil. She was a very popular student whose magnetism and charisma made her a logical choice for class president. She personality was so strong, others would often feel drained after spending a couple of hours with her. She fought crime as Ms Power. 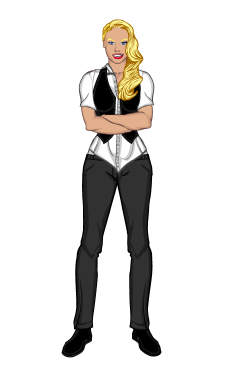 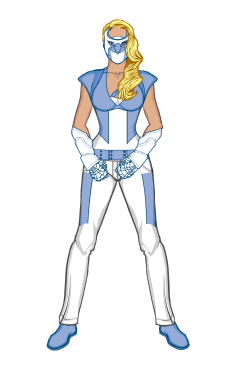 It turns out that her superstrength and invulnerability comes from her absorption of life force. She absorbs energy from people around her, explaining the drained feeling people felt after some time around her.

After draining her reserves, she touched a villain and accidentally killed them, sucking all of their life. After doing this, she felt a rush unlike anything she had ever felt. She hid her act and the basis of her powers from her classmates, horrified by it.

Sophie tried to fight the compulsion to do it again, but the high she felt along with the power proved to great, so she killed again. She would kill random vagrants in the towns they visited. Her murderous spree continued for months before it was uncovered and she fled. The Institute was shocked and horrified at what one of its students did. She would become the villainess, Lady Death. 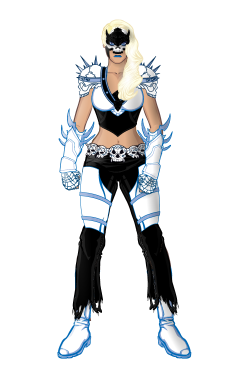