Merlin, the half demon wizard and closest ally of Arthur, was once the Magus, the title given to the naturally selected most powerful magic user (basically Sorcerer supreme). His reign as Magus ended when Morgan LaFaye poisoned him.

The poison she used was impossible to remove or cure and Merlin was doomed to die. His magic, however, was strong enough to keep him alive for 100 days. In about twenty of these days, he found and trapped Morgan in another realm.

Fearing death, Merlin fled to the Void, the dimension that houses the Magus collection and library, the Tower. The Void is outside of time and as a result, Merlin cannot die while in this realm. Since then, he has remained there, only going back to Earth when the threat is truly dire. He is now down to 41 days of life outside of the Void.

He now trains other magicians namely the current Magus, Miles Carter, and Aaron Pendragon, the current wielder of Excalibur. The latter is his primary pupil, who he has trained to wield his blade and use the magic within. 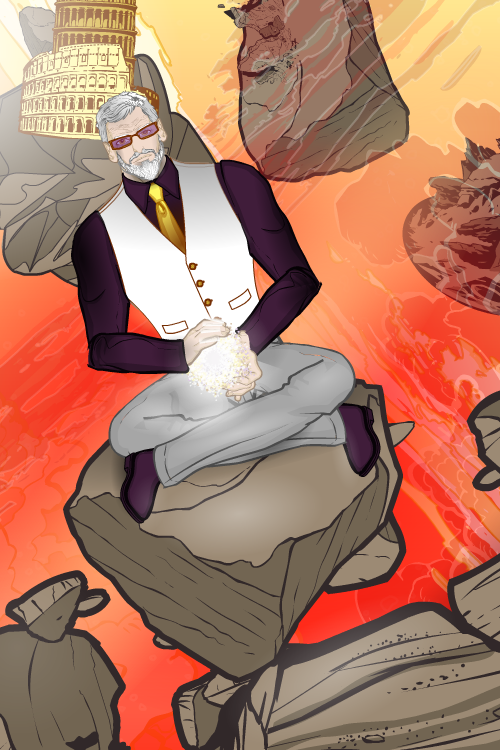