Following an incident at a secret research installation somewhere in Siberia that left Vikhor Antonov Yefimavich, one of the test subjects (and a convicted killer) transformed into a man of Ice. Vikhor soon found himself pressed into service as a member of Red Oktober where his sociopathic tendencies could be focused on enemies of the state.

Vikhor wears special gloves and boots that insulate against his icy touch as otherwise he would freeze whatever he stood on or held. Vikhor fights with two sickles made of intensely cold and dense ice that he can create with his powers (oddly, he cannot create any other form of items or icy blasts). 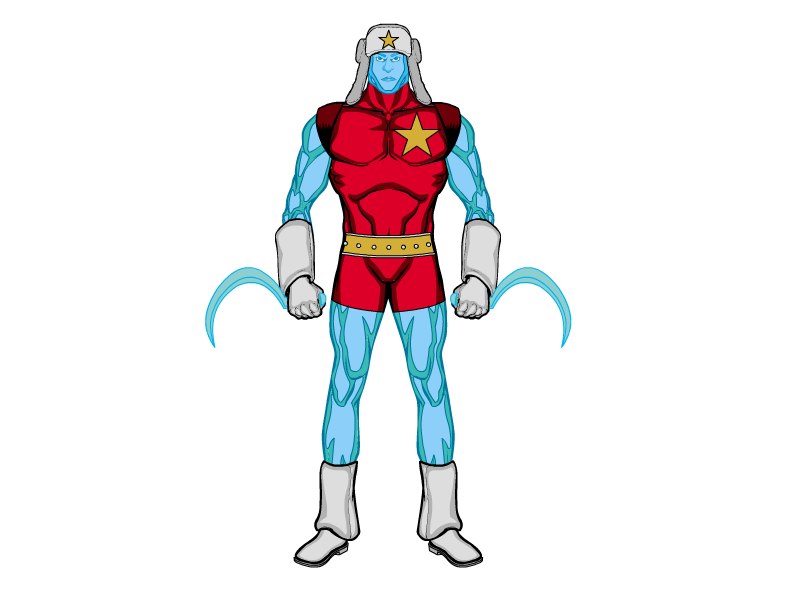