In response to the Patriotic heroes popping up elsewhere, the Soviet Union created their first ultra (specifically in response to American Shield) whom they officially named the Shield of the Soviet People but who was dubbed Red Shield by the rest of the world. Officially the Red Shield was one Major Boris Ivanovich Lensky, but in reality the role was played by a succession of men. Possessing no powers and carrying an ordinary steel shield, the Red Shield seemingly could survive anything – though in reality there were always a dozen or so Red Shields active at any given time. Major Lensky was real but was kept safe in Moscow for propaganda purposes. 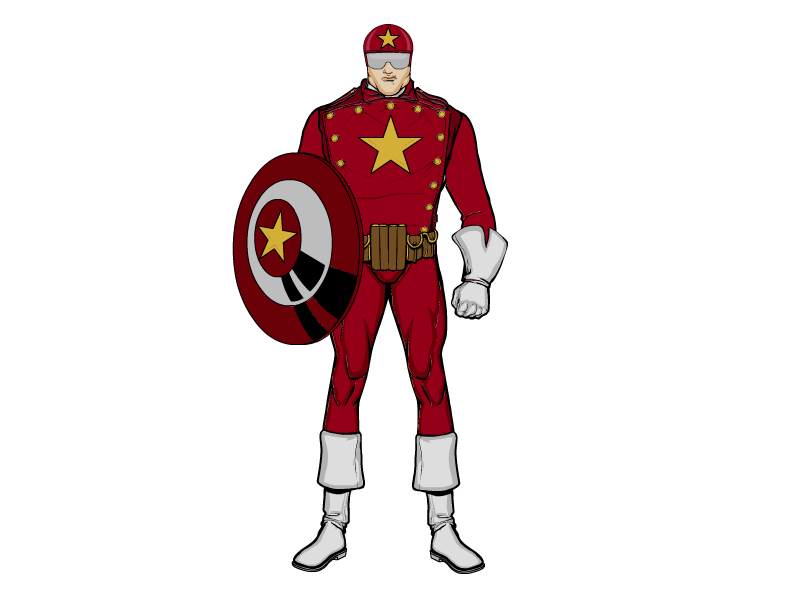