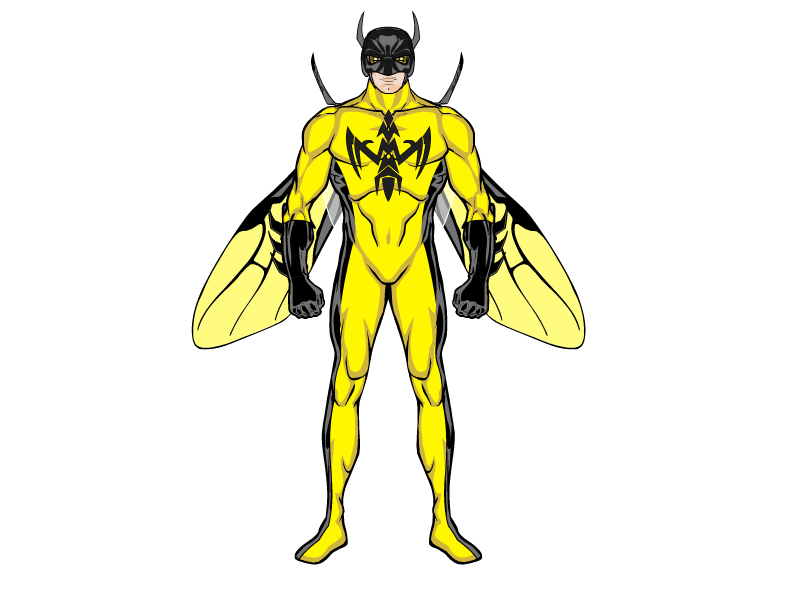 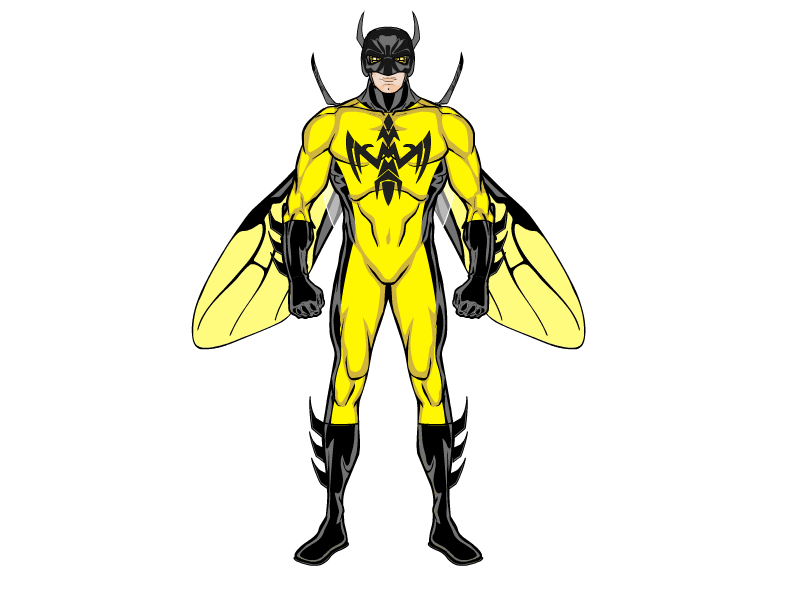 Presenting the latest member of the League of Villainy – Killer Bee !

A hired killer with a preference for making his kills look like bee stings, Killer Bee was approached by an agent of the Overlord offering him money, power, and a special suit to make him even deadlier. Accepting, the Assassin found the life of a costumed villain to his liking and has been an on-again, off-again member of the League of Villainy ever since.

The costume allows Killer Bee to fly, shrink to the size of a bee, and fire ‘venom bolts’ of bio-electrical energy. The shoulder spikes can inject victims with an extract of bee venom concentrated to be many times more potent. Each holds enough venom for up to 3 ‘stings’

Added a modified version with boots and extended cowl/neck section.