An old time character concept, since the 80s,
originally created on HM3 July 2010 for the fun of it,
then redone and entered Sept/Oct 2010 in Weather Character Contest.

POWERS:
Fog: Self Link, Air Control, Dispersal, Flight, Growth, Poison Touch.
Power Stunts include:
~ Using Air Control can create drafts and winds, knocking
thrown objects and projectiles off course, disrupt flying and even block a target’s air supply
~ Using Fog and Dispersal can slip though small places such as keyholes, under doors, through air ducks, and can
Disperse his body to avoide damage such as punches, melee weapons and firearms.
~ Can fly using Fog form and Air Control.
~ Growth can let him grow to huge proportions, but is not
solid.
~ Can us Fog and Poison Touch to make a variety of
gasses, or to neutralize gases by making them into harmless gases.

Wendy Gale had developed a huge crush on
She wrote fan letters,
they met, they dated, they fell in love, got married and had a child

As a kid Cyrus Cyrus tended to help the underdog

his partner is killed.

he wants to get the guys involved
but laws red tape prevents it.
so he decides to quit the force and do it on his own

While on trying to find his partner’s muderer there was a
Museum robbery
The robbers gunned down the guards
shattering many displays
only thing that seemed to be missing was an ancient Grecian bronze horn.
Looking through the glass, pottery, broken statues and fragments Cyrus found an intact wind chime
as he ran a finger across it it rang out a clear tinkling sound and suddenely there was a wind whipping around Cyrus.
he could see misty forms of winged women speaking with beautiful voices that he was chosen to get back the missing horn, and to do this he was going to be given gifts to help him. Cyrus saw smoke leak from his coat, thinking he was on fire he patted himself down only to discover he wsa turning into fog. The voices told him not to be afraid he could control his form, and the atmoshere around his with the strength of his mind and will. He literally pulled himself together and got the hell out of there.

It took a bit of experimenting to figure out what he could do and how, but he soon got the hang of it.

He got on the track of the robbers of the museum unable
to let the guard’s death go unresolved.

He discovered the chimes were Chimes Of The Aurai
the Aurai being the Greek winged nymphs of the breezes.
Cyrus wanted to see it again, but the curator was sad to say the Greek government insisted on its treasures back, and it was already gone.

Cyrus eventually caught the theif/muderer, using his new
Fog powers, but the Horn had been sold.

Gets a liscense
rents an office
becomes a private investigator

He has been on the trail of the Horn for some years now.

Unfortunatly realizing it too is a magic item and give its owner control over the winds, and the owner know is the super villian Typhoon! 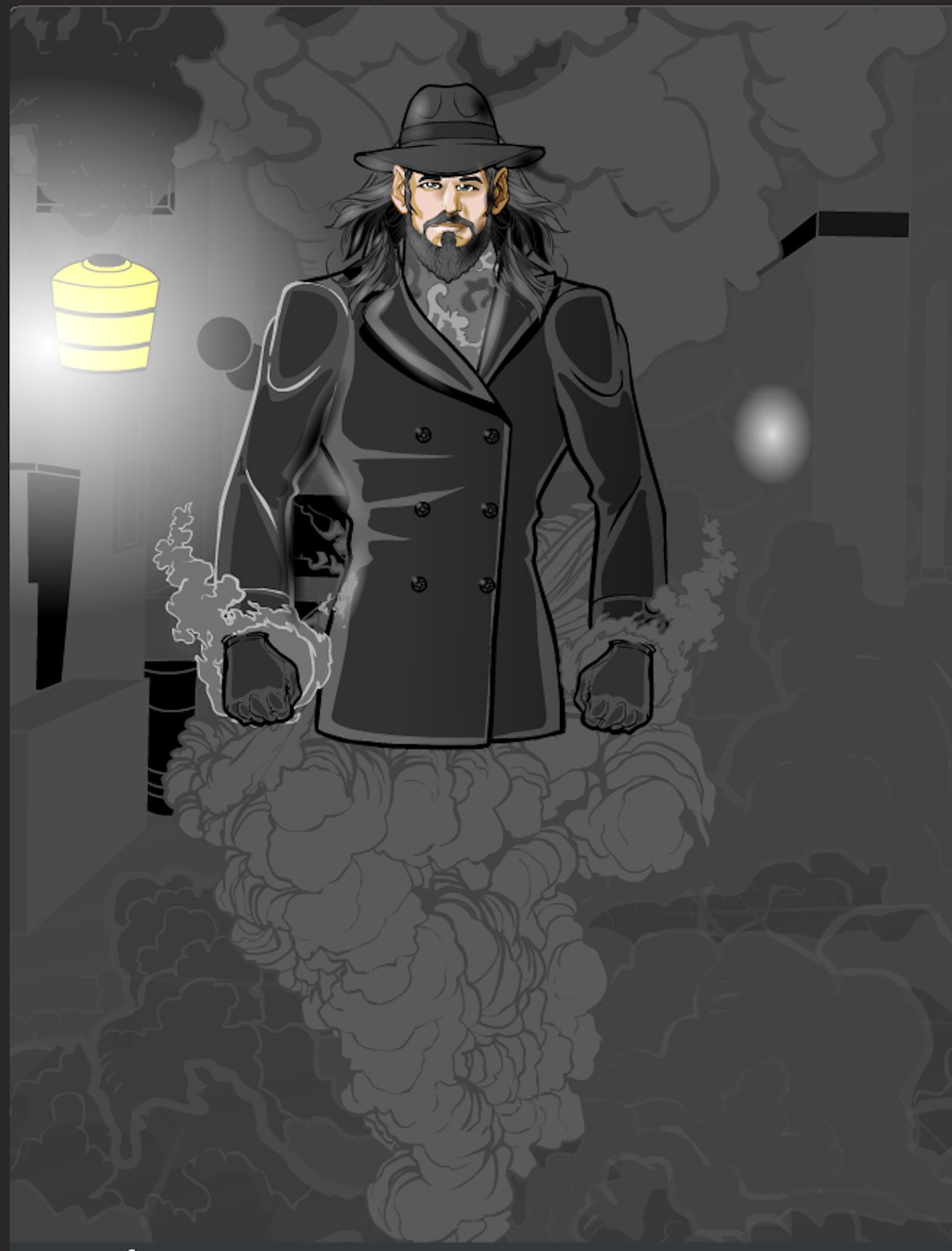 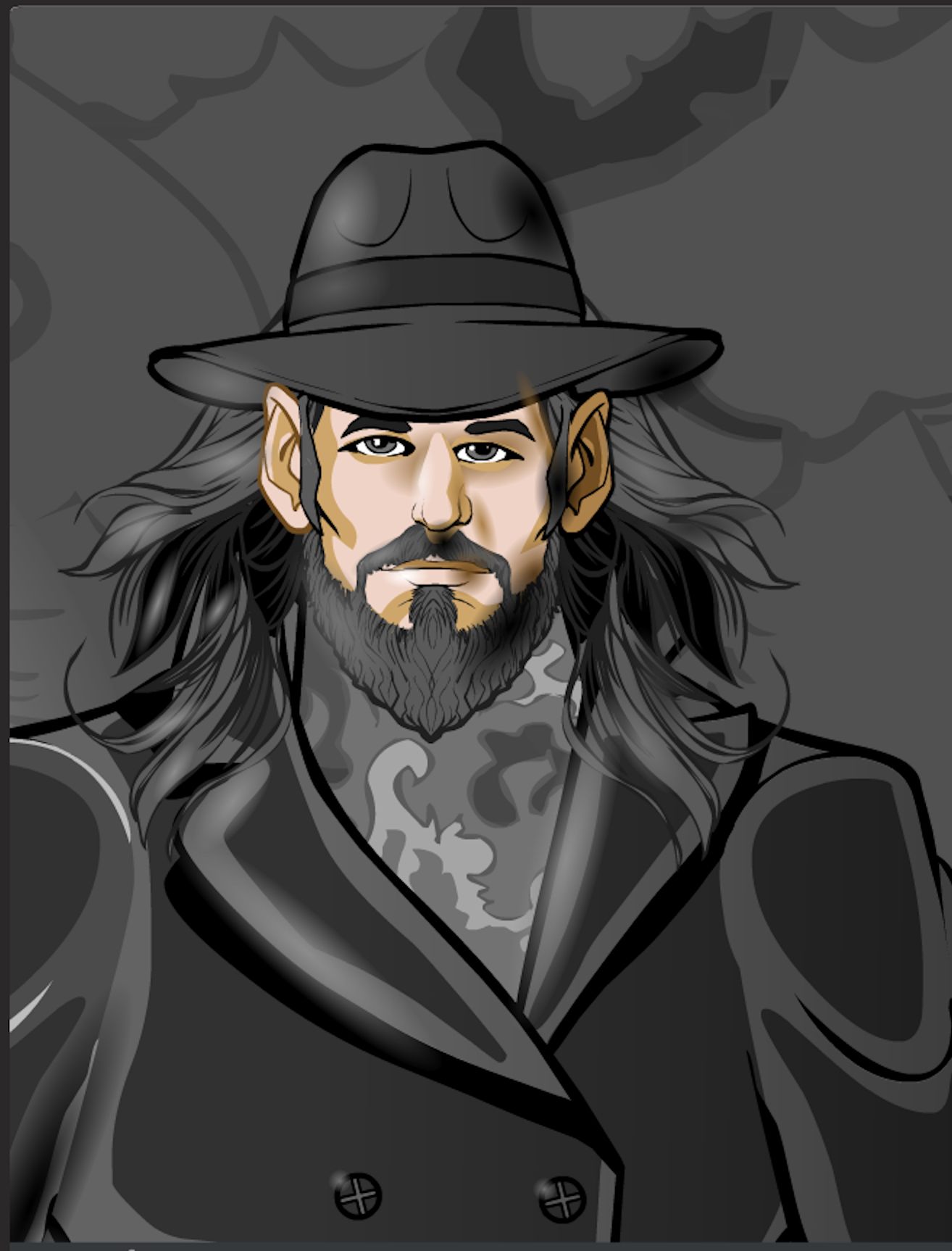