Thanks and here is Strandon’s son, Ethan.

Ethan Torres always saw himself as an outcast.  He wasn’t human and he wasn’t alien. He was something in between. He looked human, but his blue hair made him stand out. When he was sent to the Institute, he was still an outsider. Unlike his father, he had no powers.

While he didn’t have powers, he did have a genius intellect. Both his parents were scientists and their penchant for learning and intellect passed on to their son. Due to their teachings, he became an expert on alien technology and on other diverse scientific fields.

Despite this strength, his lack of actual powers left him at a disadvantage. He had to try twice as hard to succeed and he was forced to adapt to situations. His determination and ability to lead others led to him gaining respect and friends. His cool head eventually led him to becoming the leader of the Institute’s Alpha squad.

Since graduation, he has gone off on his own as Outcast. He has occasionally come back to the school as a guest lecturer. 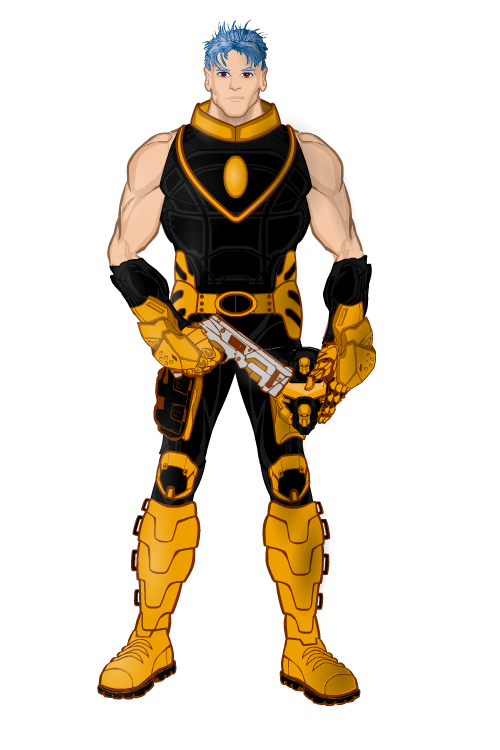