Here is Strandon, an alien scientist who crash landed on Earth. He began to study humans using a cloaking device that made him appear human. He fell in love with the species and a human scientist named Amanda Torres. This eventually led to him fighting crime using his inherent strength and intelligence.

He and his wife eventually had a son Ethan, who inherited his father’s intelligence and natural blue hair. Strandon retired after the birth of his son, who now attends the Institute. Strandon would eventually give up his life during the Zalamin invasion. He was one of the many fighters who used their space ships to distract the Zalamin force and weaken their planetary laser. 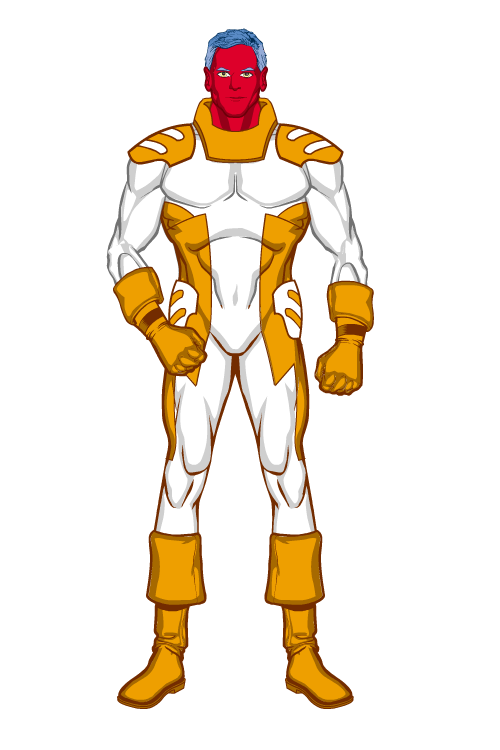