The prisoner sat in his cell, ready to never see the outside world again. He had done things, not that he regretted them, but they had left him in the cage. He couldn’t sleep. Being cooped up like an animal made him uneasy.

He heard something behind him in the darkness and turned around. He saw a vague blue glow about five feet up, where a man’s eyes would be. “Who are you and how did you get in here?”, he spoke into the shadows.

A voice replied. “My name is unimportant, and I am here to offer you a gift.”

The prisoner was confused, “What?”. He was starting to get scared, enough to maybe call in help from the pigs.

From the darkness, more words came. “Humanity is interesting. You strive for so much and continue to do so after great defeat. You persevere. And above all else, you have free will. You are the masters of your fate, the captains of your soul.”

The prisoner looked confused. A man appears out of darkness and begins talking about free will. “So what about it. I have free will. Now why are you here?” Curiosity had overtaken the fear for a moment.

The man in the shadows stepped forward, his face becoming illuminated. His hair was black, his eyes a pale blue, and his skin pale. He seemed to be wearing a black buttoned shirt. “As I told you before, I bring a gift. I want to give you power.”

The prisoner was skeptical, “And what, you want my soul or something in return?”

Nicholas smiled, “No, I want nothing. This is not a transaction, it is a gift. I give you power and you can do whatever you want with it. I don’t care what you decide to do with it. Just do something.” He smiled, “So do you accept my gift?”

A man just appeared out of the darkness and offered him power. The prisoner only had one response, “Why not.”

Nicholas walked forward. His hand began to glow a low blue and he put it down on the prisoner’s chest. The prisoner screamed. Guards run towards him. He lies slumped in his cell, alone. A gruff voice yells out “Inmate, are you alright?”

The prisoner looks up, his eyes glowing blue, “Better than ever.” 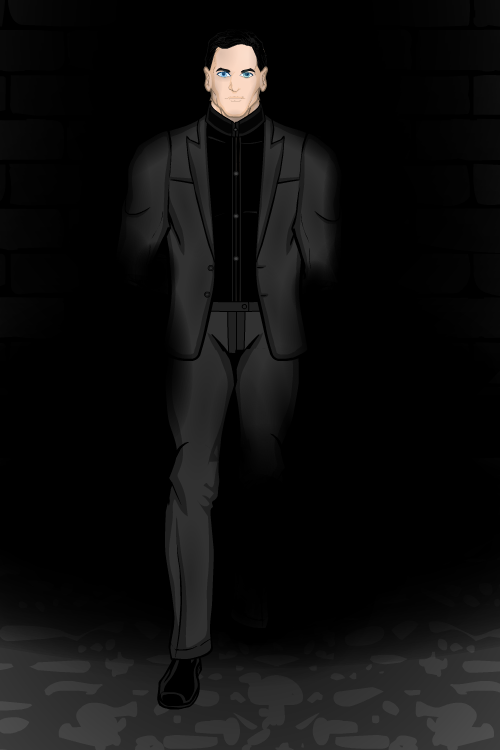