Thanks guys and Trekkie, yes, those are the names I mashed together to form the two leads of A Time to Kill. Ford and Mitchum, along with Douglas are my favorite noir heroes, and Greer and stanwyck are two of the femme fatales. Out of the Past is amazing.

Here is Psyche, a former Cadet and former agent of SPARO turned dark hero. He is a strong telepath and growing telekinetic whose clownish nature fit his name Psych. He was best friends with Snowball, who died saving his friends by cooling down a nuclear reactor. This event split up the team and drove Psych into darker corners. He became more serious and more willing to go to morally questionable behaviors to bring down criminals.

SPARO, the superpowered black ops organization, saw this and recruited him. Under them, he killed and mentally destroyed many superpowered terrorist threats. His actions with them drove him further into darkness and eventually, he quit, to save what was left of his soul. He went back t heroics as Psyche, a terrifying hero who can trap you in a nightmare or break bones from a distance. He struck up an odd friendship with his former enemy Titan, as their monstrous acts had united them. 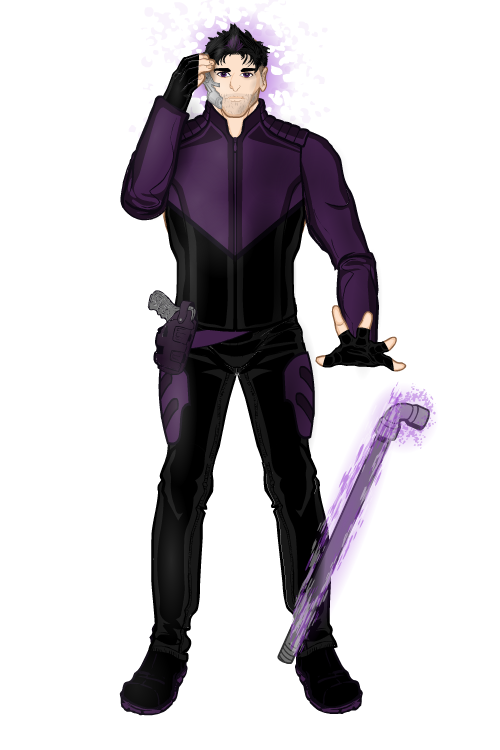