Ok, now, I know I promised the Bright Idea/ Pulp Noir picture next, but that’s one complicated ass pose I’m trying there, so it’ll take a while, and anyway today at work I saw this name and I thought, that sounds like a MLP name and inspiration struck. So it’s new OC time. 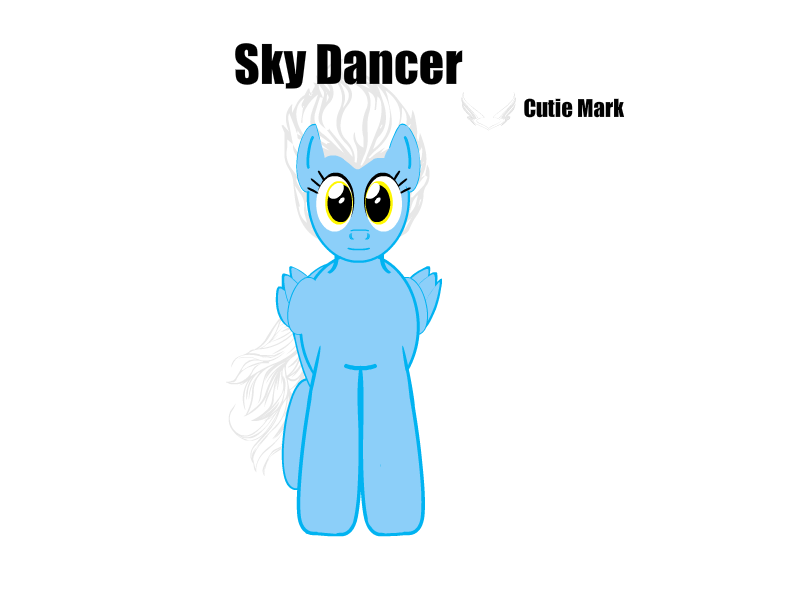 Meet Sky Dancer, a Pegasus from Cloudsdale and one of Bright Idea’s best friends. As her name suggests, her talent is aerobatics or sky dancing. She isn’t the fastest flier around, but she is one of the most agile. She’s also a massive fan of aneighme, an animation style from Nippony, a country far east of Equestria. She and Bright Idea met at the Canterlot Aneighme Convention, where they were both cosplaying as characters from the same show. Predictably, they spent the rest of the con hanging out, quoting entire scenes from the show and generally driving every-pony within the vicinity crazy.