The Princess Of Vengeance

After Euthenia got to Xenophon she was still not merged with Eris and was soon confronted by her brother , but Alexiares did not recognise her as she had her disguise on, Alexiares took no time to attack the vigilante he and his father hunted down for years, all Euthenia could do was dodge and run but she was soon caught and Alexiares ripped off her mask, not being able to believe who had been behind the mask this whole time without a second thought he crushed Euthenia’s bones and left her for dead.

Euthenia woke in a dark gloomy room with her two cousins and uncle by her side, someone helping them found Euthenia and brought her to them, they have been hiding in secret tunnels under the city  being royal family they pose a threat to Alexiares.  Euthenia  was confused to how she was still alive but her uncle explained that when she lay there dying she cleared her mind of the chaos and Eris was able to merge with her and save her life. Now she must resurface and kill her brother. 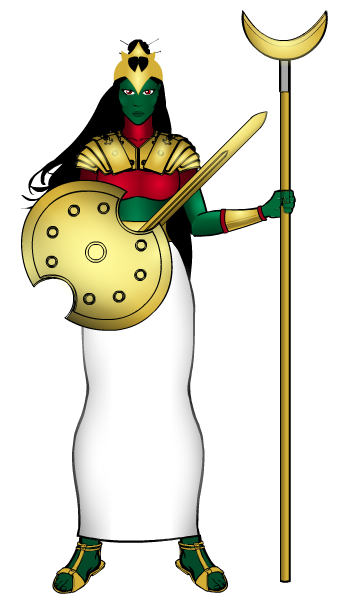 (Euthenia holds one item of her mothers/Hemera’s items the staff)
Euthenia/Eris was one of the first characters I thought of for this story and I used her for the Getting Clerical CDC but she had the Name Wala http://www.heromachine.com/wp-content/uploads/2015/03/Wala.png