After long years of searing the kingdom the King and his son where still no closer to finding the killer of the Queen & with chaos taking over the mind of the prince he could not help feel his father killed his mother an one night when Azriel was sleeping he picked up the nearest sword and put it through his heart, after he killed his father the chaos completely consumed Alexiares allowing the evil God Zagreus to pass into his world and merge with him….. 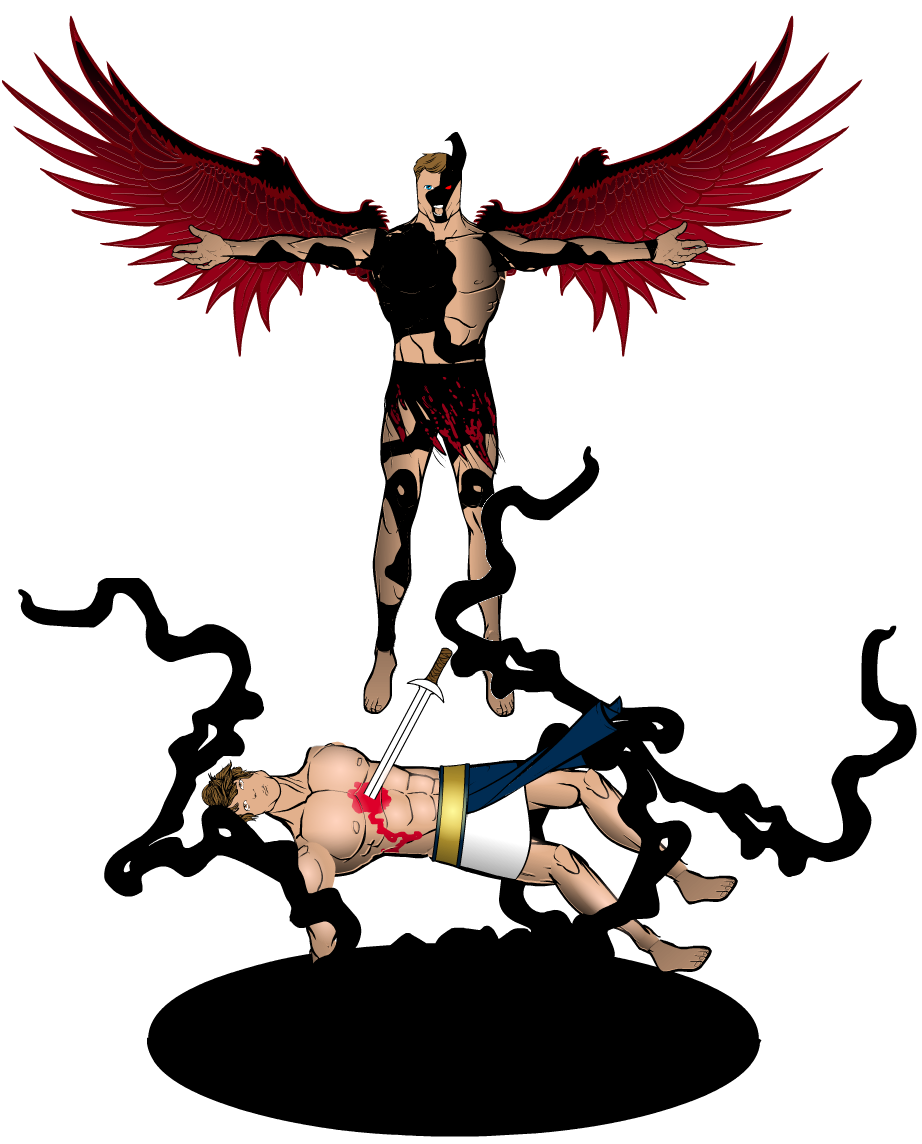