Thank you both and per Lambda, any resemblance to real persons, living or dead, is completely coincidental.

A demon is just a corrupted soul. It is a soul so malformed and twisted that it has become something else. Most demons are forged in Hell, the torture they receive there molding them into something evil. There are some very rare cases where a demon is forged within a living body, where someone is so evil and so twisted that their soul has become demonic. These people are dangerous for their demonic nature makes them powerful and a force to be reckoned with.

One of the most famous of these individuals is the samurai assassin known as Hyazake Enma. He was alive during a period of warring states when his cruelty and bloodlust could easily be sated. He was famous across Japan for his skills with a sword and his willingness to spill blood. By the time he was killed, he had already ended hundreds of lives and ruined thousands more. He had a demonic soul and his soul did not die with his death. His soul imprinted itself upon his blade so that whoever wields it is possessed by him and continues his bloody wrath upon the earth.

Featured here is Hyazake Enma and a poor man possessed by the sword. 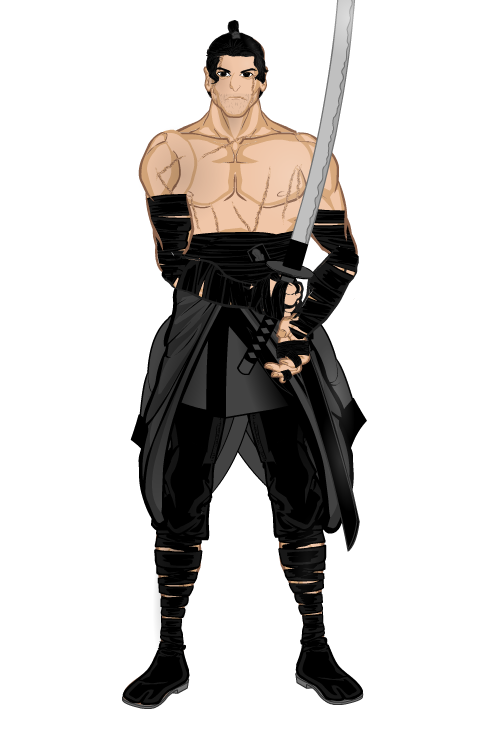 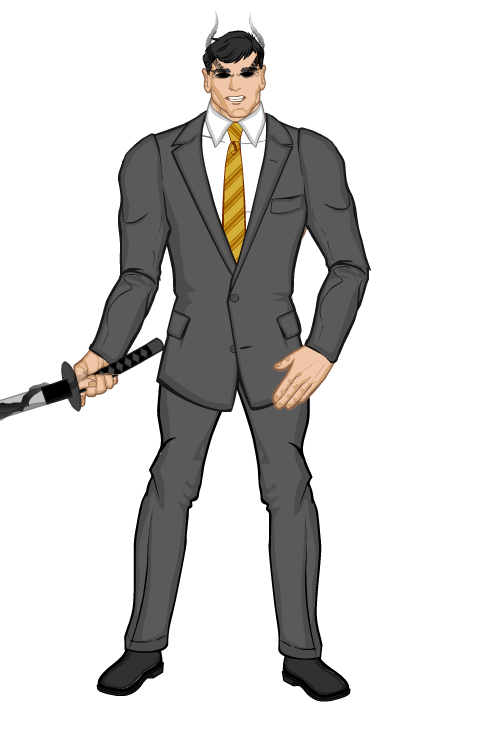