Here is Epsilon or Eddie Nelson, one of the Syncris siblings whose genetics were modified to give him bursts of superhuman speed. This also has resulted in him being slightly unhinged. His brain runs too fast and he is prone to bursts of manic violence. This has made his siblings somewhat wary of him, for he might just hurt one of them if he snaps. After the fall of Syncris, he became a mercenary, but his madness has made him difficult to work with. 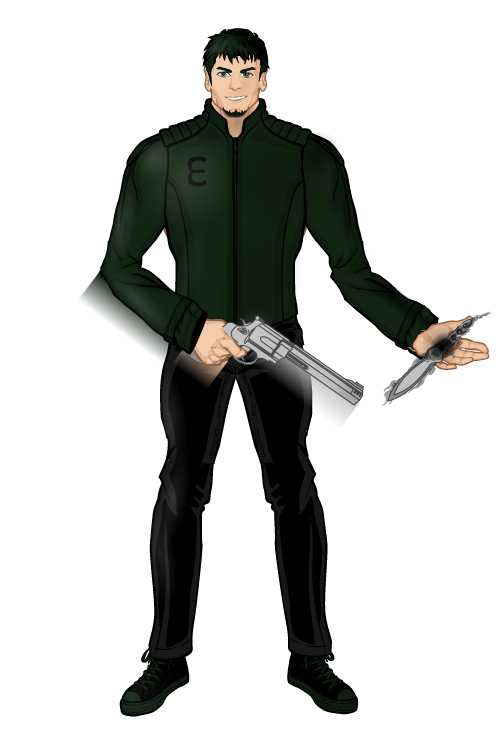