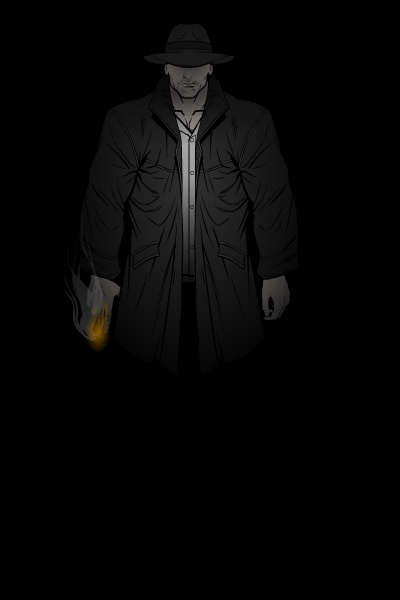 Notes: A child of the Night Lands, Zeke Othion bleeds Darkness magic from his very being. His entire body is shrouded in thick shadow that not even the brightest light can penetrate, though it is said that light can shine from within his shadows (as the flame of his omnipresent cigarette would suggest). He rarely speaks, and is not often seen around his fellow Guardians, when he is seen at all that is.

World Building Note: The Night Lands are a disputed area on the border between Valara and Jutura where a great battle happened at the start of the war. The battle was between two powerful Darkness Wielders, the magic they used leaked into the land, leaving it shrouded in eternal night, where no light can shine. Those born into this world have a natural and powerful affinity with the magic of the shadows, many joining the Soul Wielder corps of which ever army they saw fit.