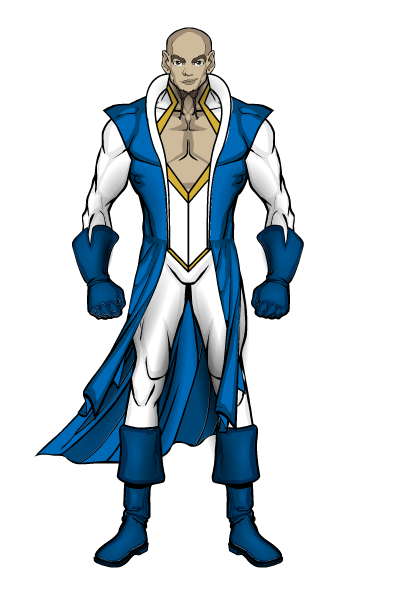 Notes: A notable pirate and one of the few unaffiliated Soul Wielders, Ruma Malaka led many pillaging raids against both Valaran and Juturan targets in the first decades of the war. He was later captured by the Valaran Soul Wielder Corps, who, recognising his abilities with the Water Branch, offered him an ultimatum, work for them or face execution for piracy. It is well know that Ruma and Kaibai, of all the Guardian Core, share a true hatred of each other. The two are very evenly matched, even though one would assume water’s superiority over fire.

Character Building Notes: Ruma was given a position on the Guardian Core after the position was turned down by Gade Heinriechs. Ruma also carries on his piratical escapades alongside his duties in the Guardian Core, although he now only attacks Juturan targets. He doesn’t seem to mind working for the Valarans, they let him keep any non-militaryly important plunder he captures during his raids.

JR’s An Idiot Note: Yura and Ruma’s names were originally meant to be the other way round, but when I was shading Yura (at that point named Ruma), I saved over Ruma (at that point named Yura), and didn’t notice, then deleted the older Yura file, completely losing the original Yura (Ruma) file, and I only noticed today when I went to shade Ruma (if that makes sense). *Fail*