@Suleman- I do see what you mean about the boots, I may go back and change them. 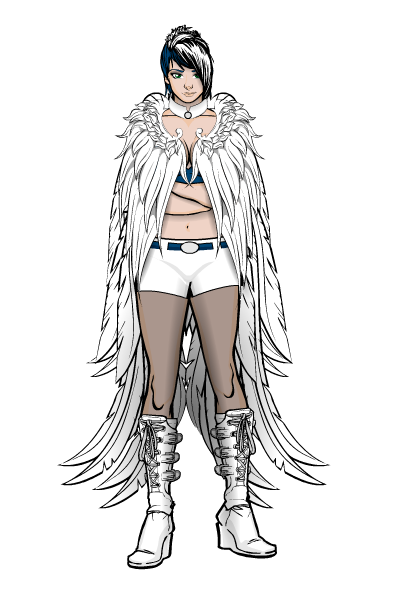 Notes: The current Light Wielder of the Guardian Core, Kaibai Minamo may be the strongest of the Core, but Yura Illex is surely the most important. As long as the Guardian Core has existed Light has always been represented, as it is the only branch of magic to contain Counter Spells against the Death Branch. The Light’s job amongst the core is simple, if a great enough threat appears, they must destroy it using the Fates Bound spell (the only spell of the Death Branch that is allowed to be taught, and then only by the Light of the Core to their chosen successor). The Fates Bound spell ties the fate of the caster to that of the caster of the last Death Branch spell; put simply the spell is a suicide pact. Yura Illex personally, always appears full of cheer and a love for life. However, this behaviour has been noted amongst many of her predecessors, as a way of coping with the burden of their purpose.