Yeah, kinda see what you mean, but as you say, it’s the coat. It’s not as bad on this one but in one of the up-coming ones it’s really noticeable. 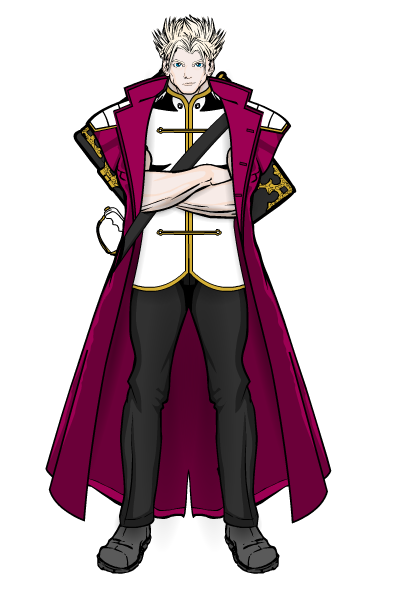 Name: Cyrus Walker
Base: Central Security Station, Kalhyra
Soul Branch: Thunder Branch, Earth Branch (Secondary Branch)
Level: Level 5 (Suspect)
Strongest Magics: Raijin Wald (Thunder Branch), Gaia Tsunami (Earth Branch)
Notes: The strongest member of the Truth Corps, Walker is a formidable Wielder, currently being tested by the military council for Level 5 Wielder status. It is also worth noting his capability in other forms of combat. Some of his records, such as his academy record, have been missing since the last Juturan strike and the information must be re-ascertained, to eliminate the possibility of enemy intervention. However, he has proven to be a skilful and reliable soldier, often given a position of command amongst the Truth Corps by Doctor Heinriechs, and in such situations, has proven to be a capable and efficient leader.