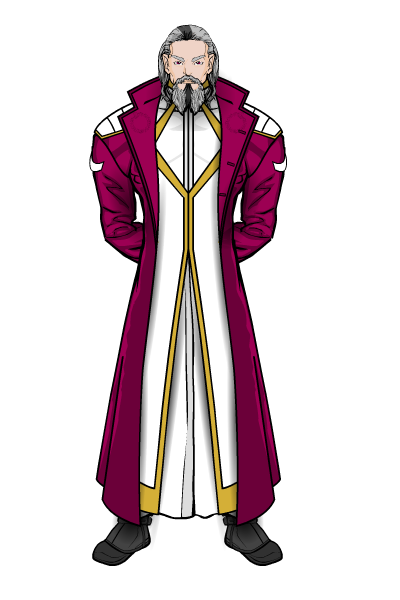 Notes: The head of the Truth Corp within the Valaran Soul Wielder Corps, Doctor Heinriechs is one of the most respected experts on ancient Soul Magics in Valara. In his youth, he was a noted and decorated Commander in the Soul Wielder Corps, leading many successful campaigns and incursions against the Juturan army and strategic targets in Juturan territory (see files for military record). However, injury, alongside the loss of his wife, ended his active service career and he was tasked with discovering the whereabouts of The Truth, being, as he is, the foremost expert on ancient magics. However, caution would be advised, considering Heinriechs mental state following the loss of his wife, it is likely that he would use The Truth for his own ends before the benefit of his countrymen.

Character Building Fact: Mallory Heinriechs (Gade’s wife) was also a member of the Soul Wielder Corps. She was killed on a mission with her husband to verify and retrieve a suspected Heartcore sighting in enemy territory. It was the only mission the pair had worked on together that ended in failure. Also, given Doctor Heinriechs reaction post-mission, it is suspected that he may have caused his wife’s death, however these rumours have never been confirmed.