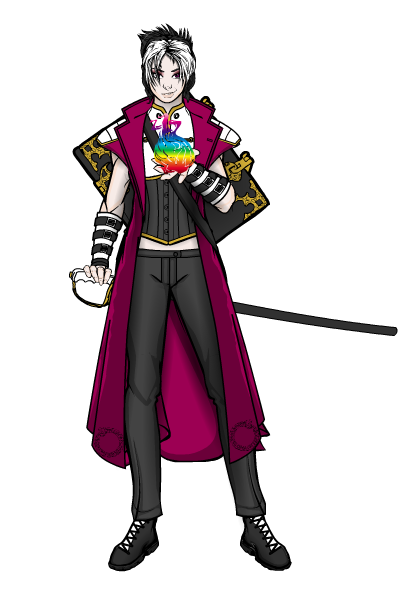 Notes: Recently inducted into the Soul Wielder Corps, Sempi Turner is some what of a prodigy. One of the youngest academy graduates, she has mastered not only her specialist branch (Fire) but has attempted at least two Mixed Magic spells. Her talents in Soul Wielding, as well as her outstanding academy record, have caught the eye of Doctor Heinriechs, who has already taken her on to his Truth Corp team. She appears to be on good terms with Ruma of the Guardian Core.

World Building Fact: Soul Wielders carry spell books with them at all times. These books are enchanted by the user so they store any spells that the user has learnt, in such a way that just the act of the user opening the book and saying the name of the spell would cause it to be cast. This is because some advanced spells can be very complicated, and miscasting them would be dangerous for the Wielder, so having the exact spell so readily available decreases the danger. The more spells and the more advanced the spells entered into the book, the larger the book will become, however, due to the nature of the enchantment, the book does not gain any weight with the increase in size.