Wasn’t feeling super inspired so I decided to do future versions of Spectrum. These are the characters 20-25 years on from their current incarnations, meaning our teen heroes are in their 40s or 50s and the older characters are well… quite a bit older.

THE ET (EXTRATERRESTRIAL) INCIDENT- At some point an alien being (Nehyut, the singular gender alien being you can find earlier in my thread) attempted to do away with the gender/sex binary of the human race using a high tech array of satellites and some kind of morphological-DNA-rearranging energy field. Spectrum stopped him, but a few members of the team were injured/altered by the encounter so it became somewhat of a fracturing point for the team as it used to be.

APEX – <b>CODY: </b>Married to TJ, leads the next generation of Spectrum. His powers have stabilized to the point where he can utilize his maximum amount of strength and speed at all times without experiencing any hormonal imbalances. 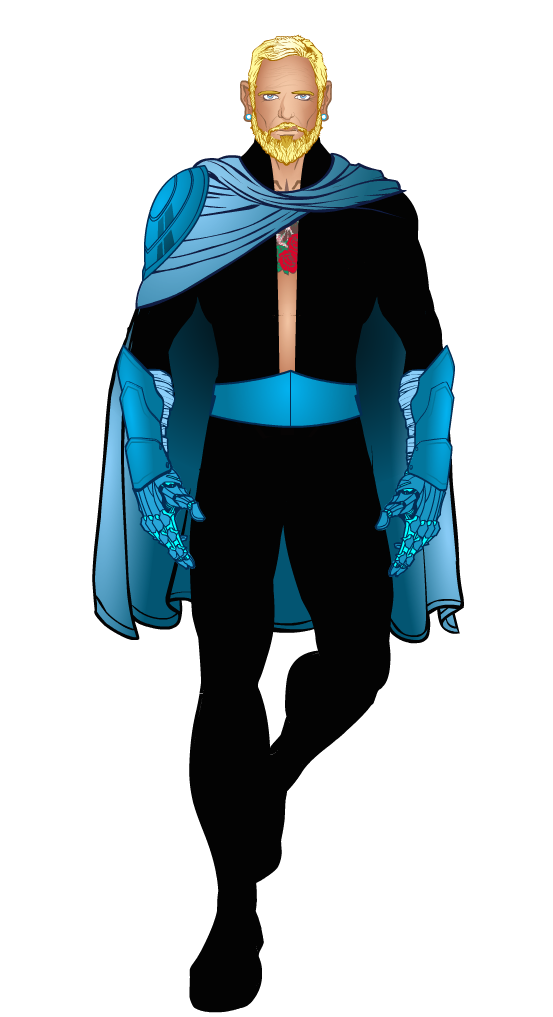 ENIGMA – <b>TJ: </b>Married to Cody and still a member of Spectrum. He perfected the use of his mimicry abilities and can now store the abilities of three genomic sequences at a time in his body, calling on them at will. Very protective of their daughter, to a fault. 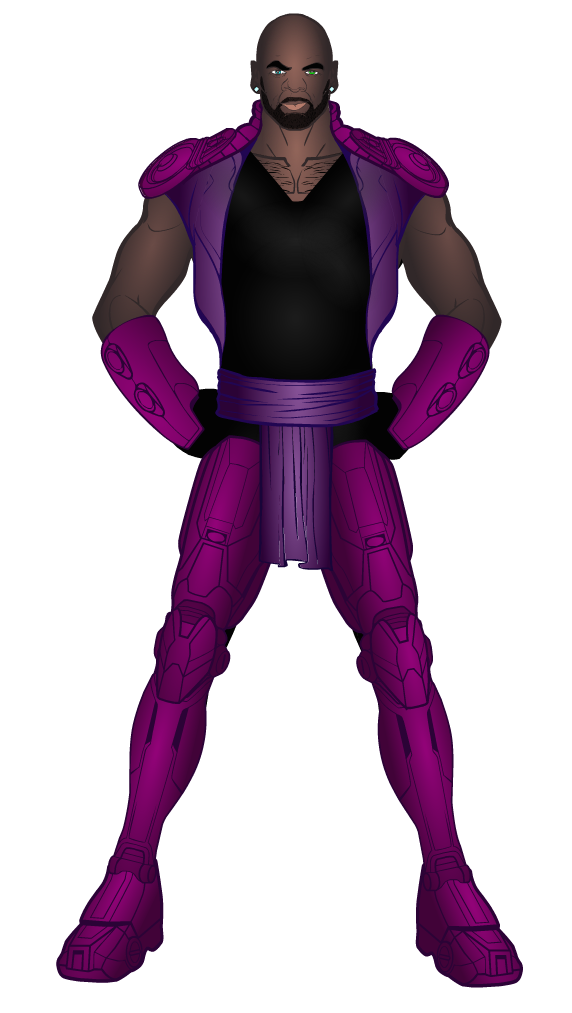 And we also have their daughter:

Bio: Daughter of TJ and Cody (who had preserved his eggs before transitioning). Using her vast intellect she designed a cybernetic suit that allows her to perform superheroics alongside her fathers under the codename: Ultraviolet.

Abilities: She has the ability to telepathically absorb information from a number of sources (datastreams, the minds of others, texts), coupled with her eidetic memory she has become a living library. 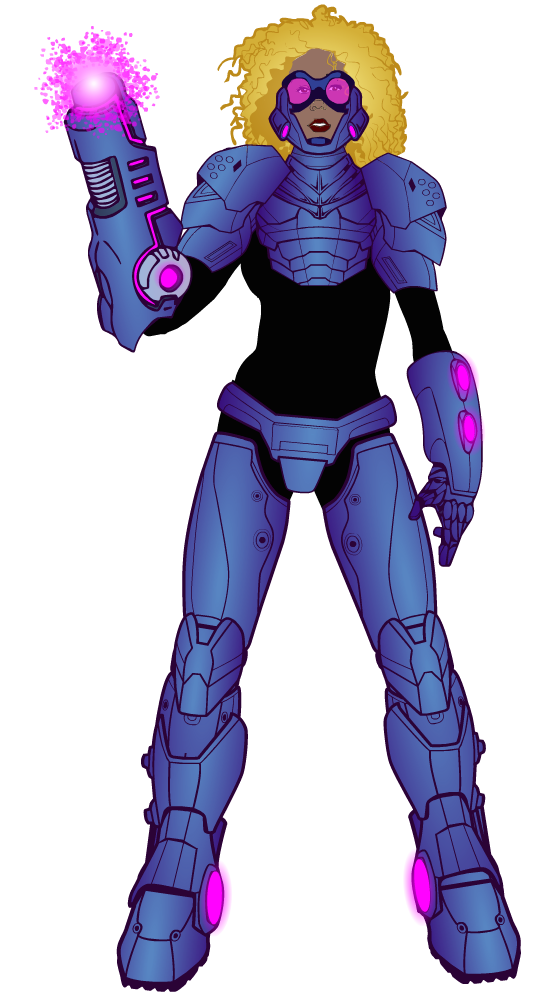