Had this one done before the last two, just wasn’t the right time to post him until now. 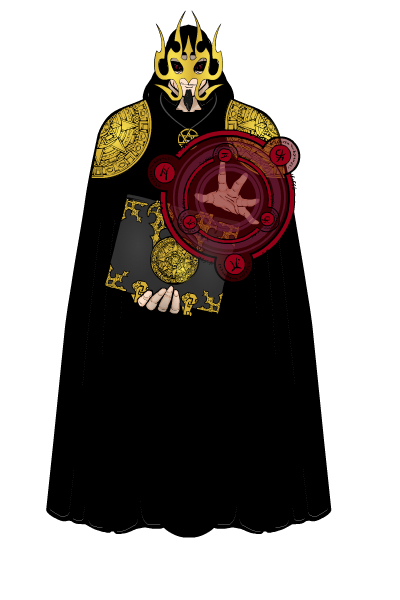 Going by the name of Chronos, very little is known about this Black Mage, except that he is a powerful dark wizard and master of the banned Dark Magic House Aegis. A wielder of Time Magic, he has control of some of the most powerful banned spells known, including The Wheel Of Time (a spell that can trap people in a time loop, reliving the same moment over and over for eternity) and the strongest dark time spell; Wither (which, when cast, causes the time stream of the target to accelerate, causing them to age and die within a few seconds). He carries the Book of Aegis, a spell book bound to the master of the House of Aegis, which increases their magical power, but slowly drains away their soul. The Dark Houses were once very limited in their activities, the Council seeming to be near to eradicating them all together. But in the last few years, the Dark Houses have regained much of their power, and Aegis is at the forefront. The question that is now on everyones minds is, what are they planning? What terrors are to come?