Anyway, kinda lost inspiration for a bit there, but I managed to get the next one finished. 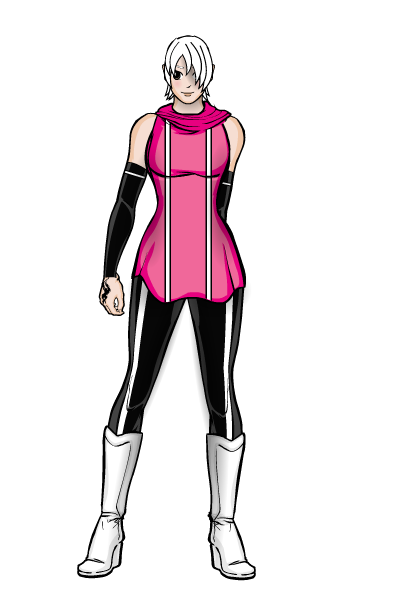 Saiai (Si) Notome was formerly a member of Honoidaisa, a rival magic house to Hontamashi. She was enrolled there by her rich parents, who wished for her to become a powerful and influential member of the wizarding community. However, she struggled to fit in amongst the wizards who make up Honidaisa and, when members of the 6 founding houses allied with each other against the Dark House Aegis, she found herself drawn towards the ideology and ethics of Honotamashi, eventually transferring houses. Usually shy and introverted, she has a repressed side, which only becomes apparent when she uses her magic. She specialises in Duplication Magic, which allows its user to duplicate objects and people for a short while. Her repressed feelings and emotions come to the fore when she duplicates herself, with her duplicates being out-going, boisterous and sometimes arrogant and rude, much to her embarrassment and even shame. Some of her closer friends in the house believe that her duplicates actions are her way of trying to live up to her parents expectations, being who they want her to be rather than who she is.