Continuing my trip around the globe, here’s two guys for the UK…

[EDIT – Yikes! the forum dimensions were not kind to my first sorta-widescreen image, let’s just look at the attachment in a new tab and pretend this never happened…]

AVALON: Kunal was always an isolated child, preferring the fanciful images in his head and the occasional adventure with his imaginary friends to the company of other children. His parents thought it a phase, but Kunal didn’t grow out of it. The voices grew stronger. He started having convulsive fits. He was committed to psychiatric care, doped up and left in a padded cell. Eventually Kunal stopped taking his medication in secret and after a particularly violent fit he emerged with total clarity. He knew who he was born to be. Kunal is the nexus being for the otherworldly plane of Arthurian legend. He can manifest creatures and beings from the realm of Avalon to our plane of existence to aid him and fight his battles for him. Able to summon the greatest sorcerer’s of the UK’s history, Kunal has also been able to train in practical magic, becoming a powerful mage in his own right. 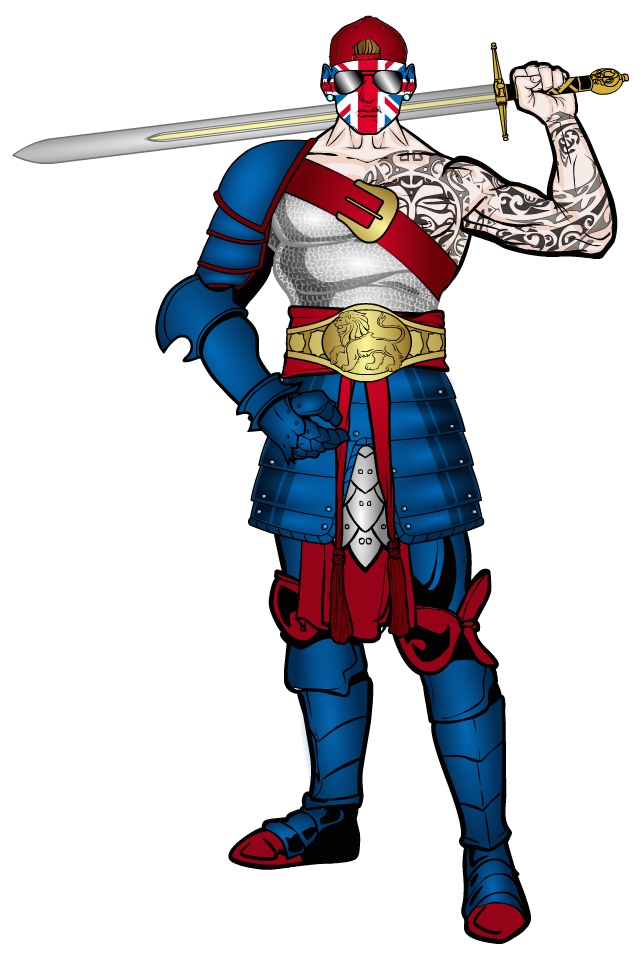 SCION: Sometimes worthiness is not about great character or morality, but about being born to the right bloodline. Such was the case for Charles “Chas” Ackerman. When a coven of Banshees invaded a small coastal town, Avalon had an especially hard battle. In summoning so much of the Otherworld’s presence, he allowed an opening for the lost sword of Excalibur to reach out into our plane. It found a hint of Arthur in the bloodline of nearby town ne’er-do-well Chas and manifested itself, the hilt emerging from a horrified Chas’s chest. Upon pulling the sword hastily out of his body, Chas became the SCION OF ARTHUR. Able to manifest enchanted armor and the legendary sword Excalibur, Chas is also granted near invulnerability and superhuman strength. He travels Avalon, who hopes to teach Chas how to use his ability for something other than impressing chicks and beating people senseless.