The voting was super close, but by a slim margin the warrior Nakir Death-Angel has won out over Shen Dark-eyes the rogue as our intrepid committee-led adventurer in the Fabled Lands. If he should come to an untimely demise (which, from my limited testing, is a distinct possibility), we'll try again with Shen. For now, onward to adventure!

END_OF_DOCUMENT_TOKEN_TO_BE_REPLACED

Posted in Adventures in the Fable Lands

I'm going to try something a bit different, in the spirit of our "RPG Corner" experiences. Namely, we're all going to play an RPG together! Well, sort of. 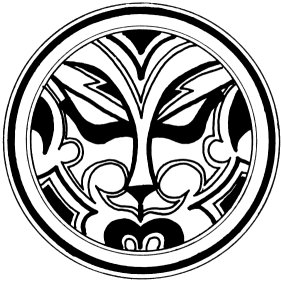 Do you remember those "Choose Your Own Adventure" type books back in the day? That's what they were called in the US, in the UK I believe a similar series called "Fighting Fantasy" ruled the roost, developed partly by Steve Jackson (turns out there are two different Steve Jacksons in the gaming world, and I got the wrong one, thanks to commenter Tim for pointing out the error). The idea was that you would be given the setup of a classic adventure story, then you would choose what actions the main character would take. The story that unfolded varied based on your decisions.

The "Fighting Fantasy" games took that to the next level by introducing basic skill and characteristic attributes and dice rolls to further randomize the adventure.

It's the intersection of random and fun, which is right up our alley here at HeroMachine, so we're all going to go on one of these adventures together! We're going to be playing in the "Fabled Lands" world, which was a neat group of these sorts of adventures all in the same setting. I've chosen to start us out in Book Five, "The Court of the Hidden Faces", but from here on out all the decisions will be up to the group.

And our first decision is, who do we want to adventure as? Here are the choices:

I've set the poll to allow multiple selections, so check all the ones you'd be most interested in playing along as. Each day or two I'll gather the results of the replies and input that action, posting a new poll with the new choices. Should be interesting! And if it's not, we'll summarily declare ourselves the winners, because that's how we roll.

Posted in Adventures in the Fable Lands