What Were They Thinking?: Where’s Wally

There are some bits of comic book history that we come back to a lot on What Were They Thinking. After all, this is the place where we look at the stupidest and most ill-advised things in comic book history and these are the places that are the stupidest and have the most ill-advised things happen. And this week, we are mining that well once again. We're going back to the New 52, unanimously agreed to be "a thing that DC did that they probably shouldn't have" and that is the most positive review you are going to find for the whole 5 year debacle. We've covered the problems with the New 52 on numerous occassions before, talking about issues both specific (representation of women, specifically Starfire) and broad (the behind the scenes confusion over storylines, sales failures and poor treatment of creative staff by DC during the New 52 period). However, none of these problems were so hated, so reviled, that DC were forced to reboot their continuity again just to fix the problem. And I'm sure everyone knows what I'm talking about. It is of course, this guy: 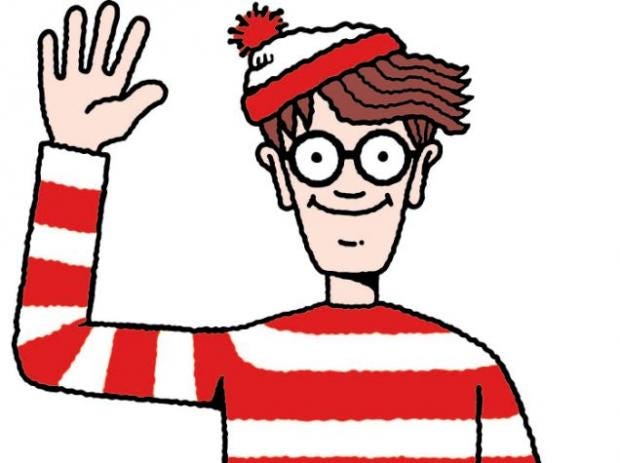 No, sorry, this guy:

So, Wally West. The third man to take the title of "The Flash", it's actually an increadibly close race between him and his mentor Barry Allen as to who is the definative incarnation of the Scarlet Speedster. Wally is arguably the greatest legacy hero of all time and the only side-kick to graduate from side-kick status to the mantel of their mentor to have any longevity in the role (25 years to be exact). There are people, myself included, who grew up and got into comics during a time when Wally was not just THE Flash, but the only Flash. Sure there was Jay Garrick, but he spent all his time with the Justice Society. Wally was with the Justice League, he had his own solo series and he was in the DC Animated universe as a main character. Wally grew as a character during his tenure as The Flash and he was given a fantastic head start by not only being the perfect character to take over the role, but also his mentor having the most perfect death imaginable for passing the torch; coming out of retirement to save all of creation from certain destruction and then running so fast that his body disintergrates, leaving only a suit behind to be found by his friends and bequeathed to his under-study. It was perfect because it gave Wally something to chase after, a legend to live up to, safe in the knowledge that Barry Allen would never be coming back.

And then Barry Allen came back.

Yeah, comics have a way of doing that don't they. But that was fine. It was great seeing all 4 Flashes together as a team for the first time ever (including Bart Allen, who spent some time as The Flash during a brief period of deadness on Wally's part). A bit more focus was put of Barry in the grand scheme of things, but Wally was still around, still doing his hero thing, having a family and all the drama that came with the two things.

And then Flashpoint happened.

Flashpoint was meant to be a reset of DC continuity. It was meant to be this era's Crisis On Infinite Earth's, with a pre-Flashpoint continuity and a post-Flashpoint continuity. Not a hard-reset but more of a soft-reboot with somethings staying the same and some being different. However, because of this it failed hard.As we've already covered the continuity was wonky and confusing. It reset the origins of The Justice League and basically dismantelled the Teen Titans, but left in pretty much all of the contiuity of the Green Lanterns and Batman, all the while losing at least 10 years of continuity for almost every character. Numerous characters have their histories erased, such as Stephanie Brown, Cassie Cain (both former Batgirls) and Bart Allen (who became an amnesiac from the future). However, of all of the changes, the most obvious is the absence of Wally West.

Now, it's not like DC didn't do anything with Wally West in the New 52. On the contrary, they introduced a new Wally in 2014, a full 3 years after the New 52 started. The new Wally was biracial, which is fine, and the son of Iris West's brother Rudy, which is about right. Except he wasn't, he was actually the son of Iris's other brother Daniel, who was the new Reverse-Flash. This new Wally is around for 2 years, during which time they do practically nothing with him (I mean, how many people knew that they'd done a new Wally West?) and then they announce that old Wally is coming back, so now we have two Wally Wests (I guess it makes up for the time we had none... I guess) and it's explained away that they're cousins and both named after their grandfather. Cool.

Except, what was the point? Did they really need to remove Wally from existance in the first place? They kept Dick Greyson as Nightwing, so he'd been Robin, grown up and moved on. They kept Jason Todd as Red Hood, so he'd been Robin, been killed by Joker (who'd then become Iranian Ambassador for reasons) and been resurrected (which means that Infinite Crisis had to have happened, which also means that Crisis On Infinite Earth's had to happen). They kept Kyle Rayner, which means that Emerald Twilight still happened, but Hal Jordan was still alive and a Green Lantern, so that means that either Longest Night never happened or Longest Night did happen and Green Lantern Rebirth still happened. Oh and John Stewart and Guy Gardner were still a thing. As are the original Golden Age versions of Green Lantern and The Flash (Alan Scott and Jay Garrick). And the Sinestro War still happened, so therefore so did Blackest Night and Brightest Day. I mean, just the fact that Crisis On Infinite Earth's probably happened in this timeline throws up a huge problem because Barry Allen dies in it and that means Final Crisis had to happen for Barry to be brought back. So, was there no Flash during this time? Wally was involved in almost every story mentioned here as The Flash, so was The Flash just not around for all of them?

It is just emblematic of how badly doing a soft-reset of continuity can screw things up if you don't do it properly. Leave out one piece of the puzzle and the whole thing becomes a meaningless mess. And of course, you have the fact that, it just seemed so random to discard Wally West and not any of the other old-guard side-kicks or legacy heroes. Sure, they've got somewhat of an in-universe explaination for it now (he was placed in the Speedforce by Doctor Manhatten to stop him interfering with his plans and as a way of weakening the bonds between Earth's heroes, also hence the 10 year continuity wipe), but  what was the reason behind the scenes? Well..... nope, I got nothing. Best guess is that they wanted new readers to get acquainted with Barry Allen without having someone to compare him to that they already knew, but that doesn't make sense because they wouldn't have had the 3 years preceeding Flashpoint involve both Barry and Wally. I mean, if anyone knows, answers on a postcard please, because I've got no idea.

Anyway, I don't think this is the last time we'll talk about The New 52. There was just so much that went wrong that we'd be here forever covering it, but I think we'll leave it there for now. Wally is back and we've got a Justice League/ Watchmen crossover to "look forward to" (heavy sarcasm), so.... yeah.